Hit enter to search or ESC to close
Giving

I’ve had times in my life where everything was completely upside down – really. I couldn’t picture things becoming much worse.  We’ve all been plagued by the hard times. But as cliche as it sounds, somewhere out of the darkness the light starts to creep back and you see things in a whole new way and life starts to hand you little gifts. Individually,  they go unnoticed until you learn to LOOK for them. It may be seeing the wonder and excitement in your son/daughters eyes, the kind words of a co-worker when your having a bad day, finding $5 in your jean pockets when you thought you were broke, or maybe the smile of a stranger.

Why do I mention this?? I felt that the  “Giving is Good” nominations were my chance to give back for all the little gifts I had received in my darkest times….the things with no monetary value, yet often times the things that meant the most.  I wanted to brighten someones day the same way others had brightened mine…. by using my talent. It’s not a million dollars, it’s not a new house or car and I’m not going to wave my magic wand to “fix” the worlds problems or cure cancers…I simply wanted to capture a smile and give a little gift!

I’ll admit, I did have an ulterior motive. When you make a nomination, you are forced to stop and unselfishly think of someone other than yourself. All of this is in an attempt to make someone else’s life a little brighter—isn’t this what makes the world go round.  🙂 With that said, the person who made this particular nomination wanted no recognition.  “This person” wants to be known as the “Secret Santa”. This “gift” alone shows the true spirit of the holidays and I’m sure it helps to restore the confidence in humanity for those who have doubted it in the past. Isn’t there that saying….

“You can easily judge the character of someone by how they treat those who can do nothing for him.”

After speaking with the winner and getting permission to post it on my blog, I’m excited to announce that I’ve chosen Kayla Ressler 🙂

In the last several years, her family has been thrown several devastating obstacles. First, her sister was  involved in a near fatal car accident which left her with 2 shattered collar bones, a chipped skull and vertebra, then several weeks later her parents (almost completed) dream home caught fire and all of the family heirlooms and antiques went up in flames, 2 weeks later they lost their precious neice to SIDS and then in March of 2008 her parents home they have had been living in for 23 years burnt down and they lost everything, even their beloved dog Buster. They were able to find some of the family photo albums but most of them where water damaged. They are working tirelessly, Kayla working two jobs and her husband a full time job, raising their daughter and helping to rebuild the family home…..

At some point, everyone needs a break and I am honored to be a part of rebuilding some happy, more positive memories. Besides, what better way to rebuild a home then to hang brand spankin new family portrait on the wall! 🙂 I look forward to working with you and your family and I want to thank “The Secret Santa” for the nomination. May all of you have the a Merry Christmas & remember during this holiday season to stop and smell the Christmas Tree (tee he he) and start looking for life’s little “gifts”. 🙂

And because every blog post is better with a photo…………. 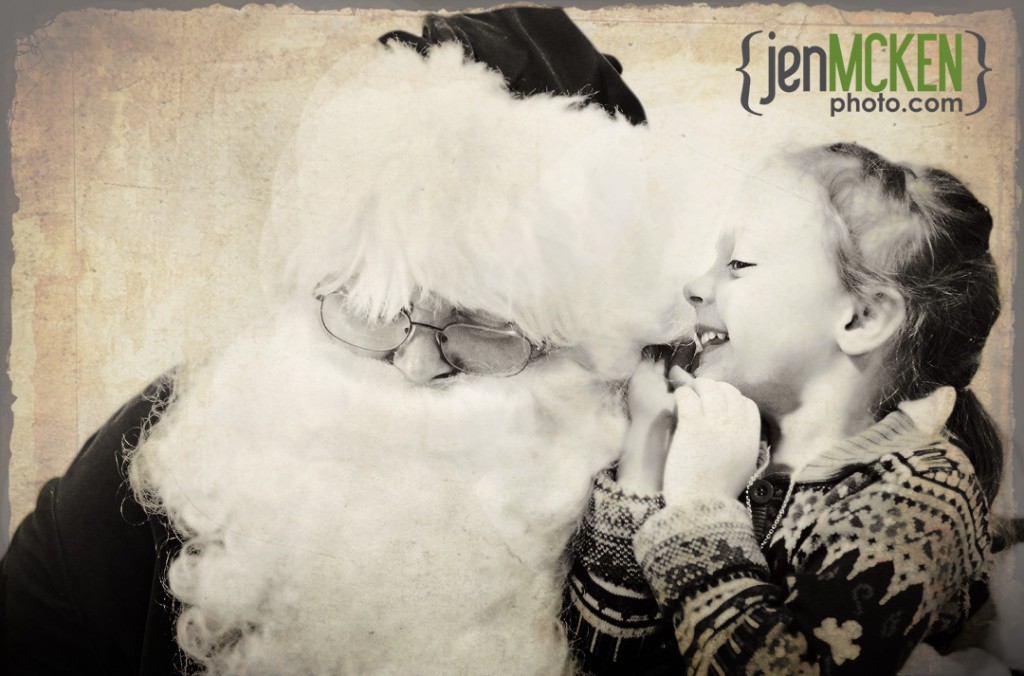