I think day one can be pretty much described as a travel day. From the time we got up to the time we stepped foot into our resort room it was approximately 12 hours. Now keep in mind, that includes the trip to the airport, waiting thru security, waiting in the terminal, the actual flight, then waiting on the runway…blah blah blah. 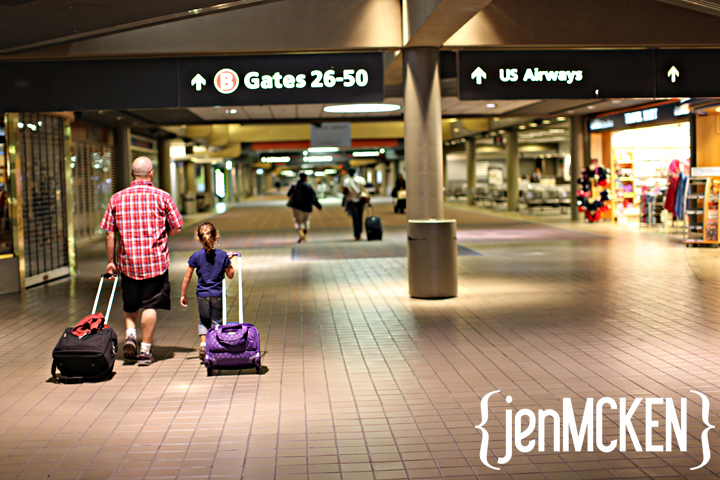 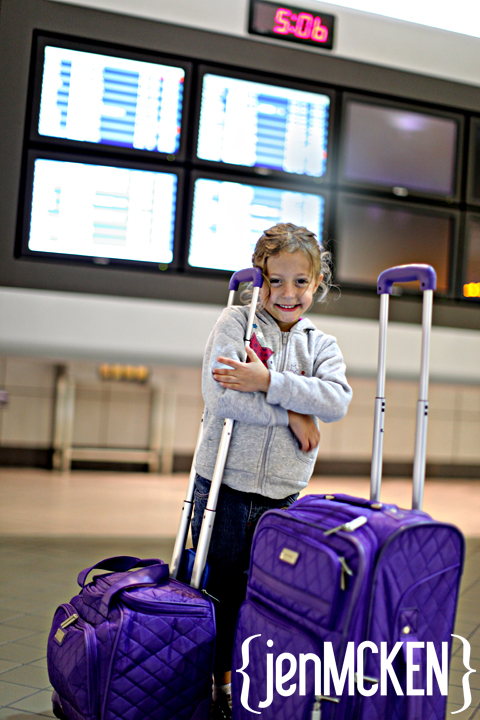 For us, it was exciting. It was Mallory’s first time for flying so everything was new and exciting for her. Hours later we found ourselves in the PR airport at the baggage claim and before we know it we were in our taxi on the way to the resort. Our taxi driver Alberno, was freakin awesome-a crazy driver-but he was awesome. He told us about all the hot spots and some “must do” things while we were visiting.

When we arrived at the resort we immediately were given our room and began to explore. First of all, our view was amazing! It was overlooking San Geronimo Fort with breathtaking views of the ocean and just like in Costa Rica, Mexico and Punta Cana, the water was sooo blue! 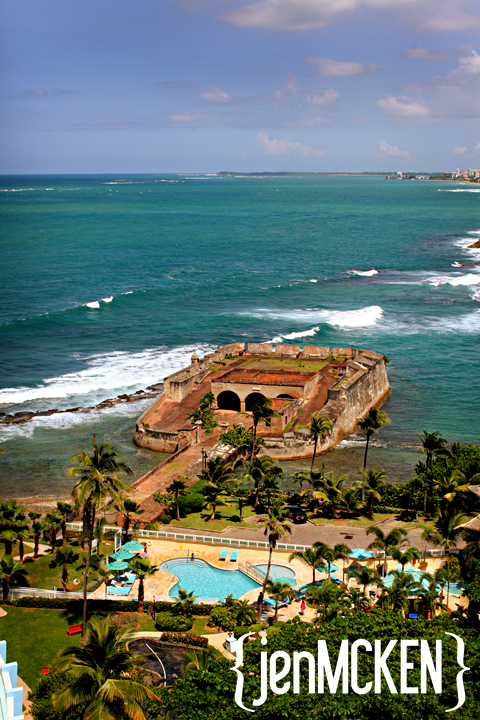 Even with all of the travel time, Mallory was full of energy to get down to the beach. So off with the travel clothes, on with the swim suits and we were beach bound. This also was Mallory’s 1st time to the ocean so all she wanted to do -and all she KEPT talking about-was building sandcastles. We checked that off of our list and headed off to explore. 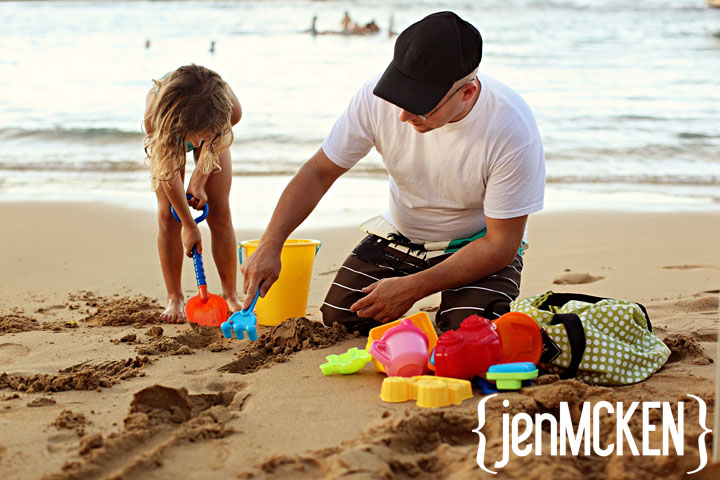 We walked around exploring the town near the resort and found a Subway-yes I know, not authentic PR food, BUT it would do in a rush. While inside waiting for our food (which was an experience in it’s self-good thing we could just point to what we wanted) there was a couple inside the restaurant who were clearly “involved” with each other. I snapped a photo while Greg was waiting at the counter, I love it. They had no idea I was taking it (and I felt sort of like a stalker ninja) but I just love the body language. 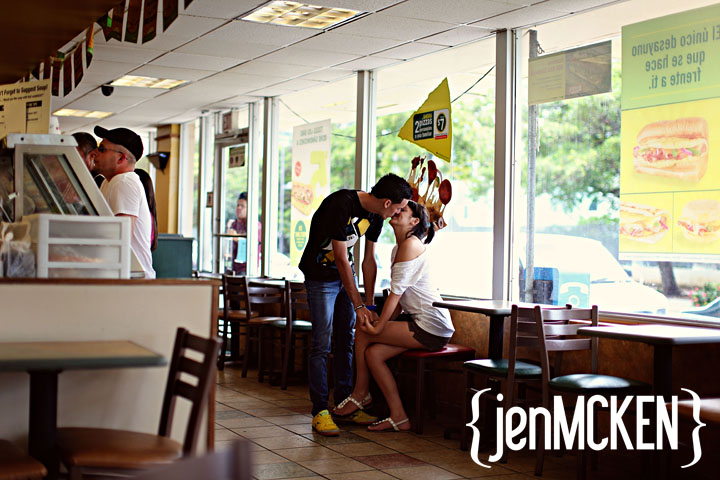 Anyways……… on the way back we stopped at a small “hole in the wall” convenient store and inside 12-15 people were just hanging out. I mean, chairs in the aisles of the store, beer in hand, cigarettes in the other and music cranking…this is when I realized we were FAR FAR from home! 🙂 We grabbed our snacks and back to the beach we went. 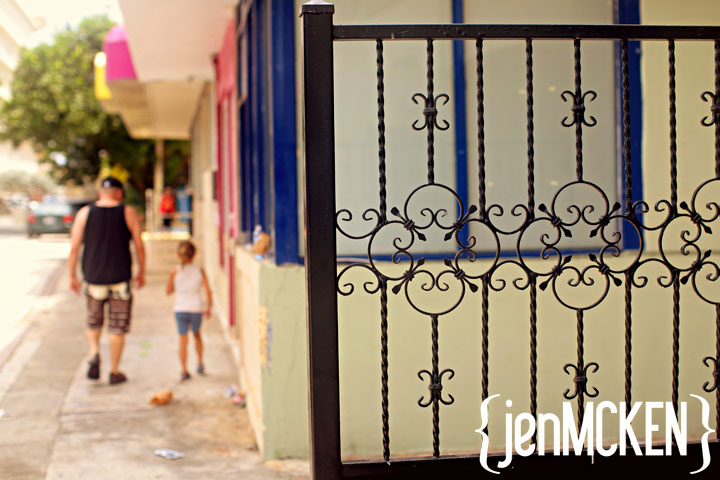 So that’s it (in a nutshell). I’m still in Puerto Rico as I write this post but since we can’t go out to the beach due to the hurricane (that will be a whole other post) I thought I’d hop on and share a few photos with Y’all 🙂 We are having a GREAT time despite the 75 MPH winds….tee he he! I’m not sure when I’ll be online to post Day Dos. Until then, know that we are safe and having a great time. This vacation was much more than the beach, it was more about spending lots of quality family time….and I promise, that is being accomplished 🙂 Also, until I have enough  time to add more photographs…enjoy!! 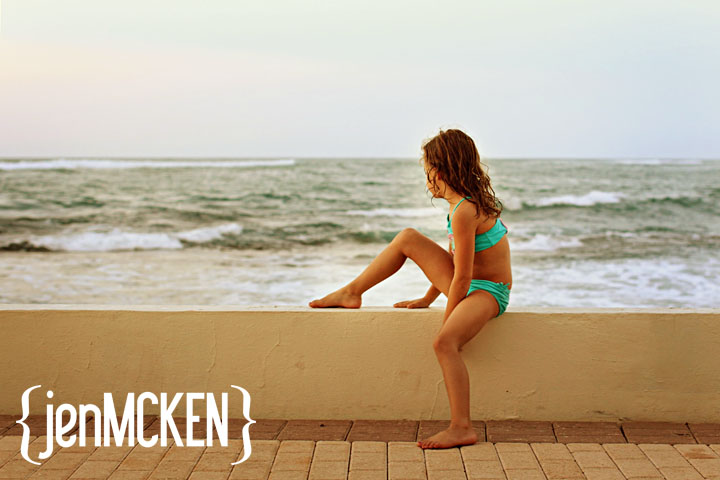