Hit enter to search or ESC to close
KidsPersonal-Everyday Chaos

*sigh*  Time has gone by so fast. I know it’s so clique to say “wow, they grow up so fast”…..but DAMN, they grow up so fast. I remind myself every month to stop and take some photos to document “the life of Levi Wesley”…sometimes, I’m so caught up in photographing every one else’s family that I have to remember to bring my big girl camera out for my own. ESPECIALLY, since I went on a shoot this morning that gave me a little reality kick in the butt. A family was spending the last days with their loved one trying to make them comfortable and realized they had never had family photos. I photographed their family and while I was shooting and watching how incredibly loved they were-it was just a reminder that life is so short and to savor the moments the fun, the boring and all the ones between because one day we’ll wish we had them back.

Sessions like that inspire me to document the mundane moments of life….real life. Not the kind of images polished for social media with styled outfits and carefully picked out backgrounds…but the real stuff. The stuff I can point to 30 years from now and say, “remember that couch, omg, it’s hideous!” or “do you remember when cell phones looked like that?” or “I can’t believe we let our kids play with such dangerous toys”.  haha I mean, do you remember when there were tin toys with lead paint! *GASP* 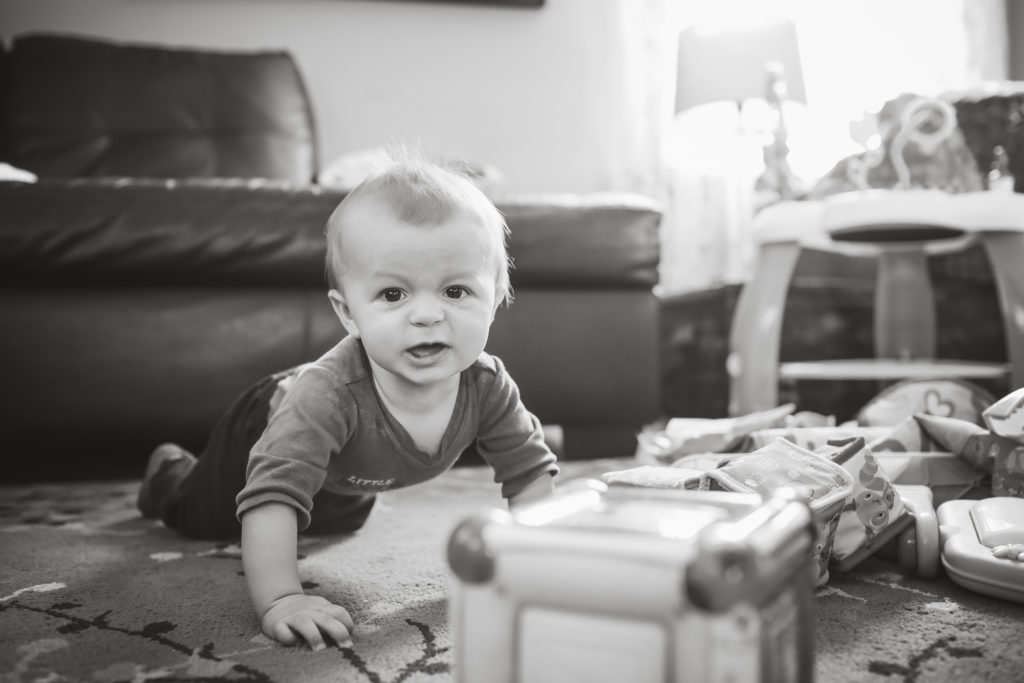 ….did I mention that he’s not always happy! haha! That face tho! 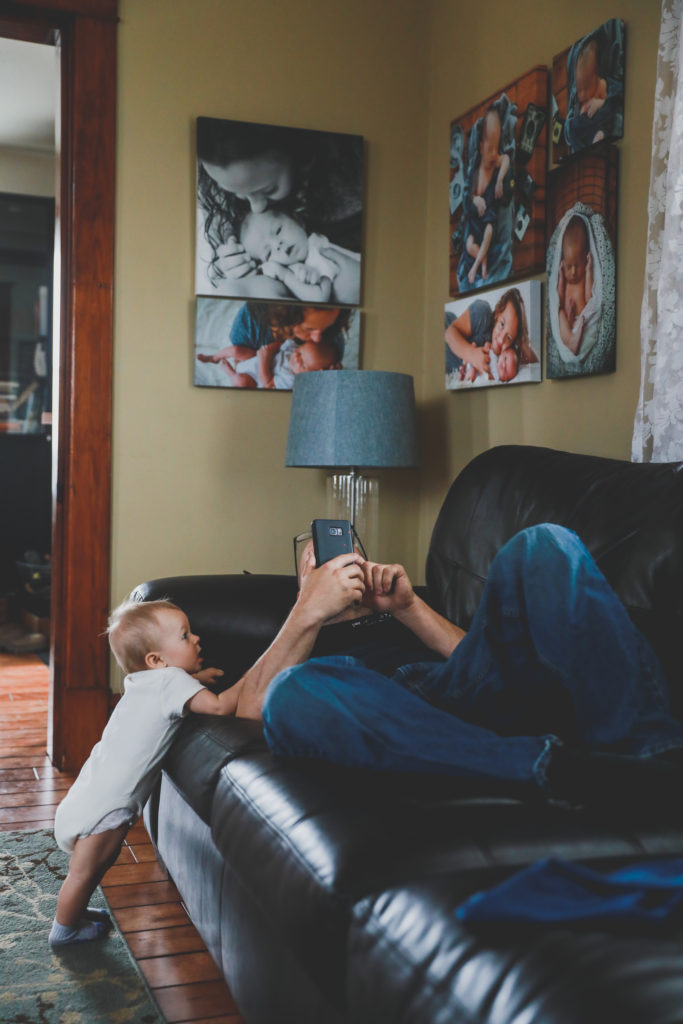 He is so fascinated with our phones. I’m not sure if it’s the bright light, the noises or what…but anytime one of us whips out our phone-he stops whatever he’s doing to investigate. 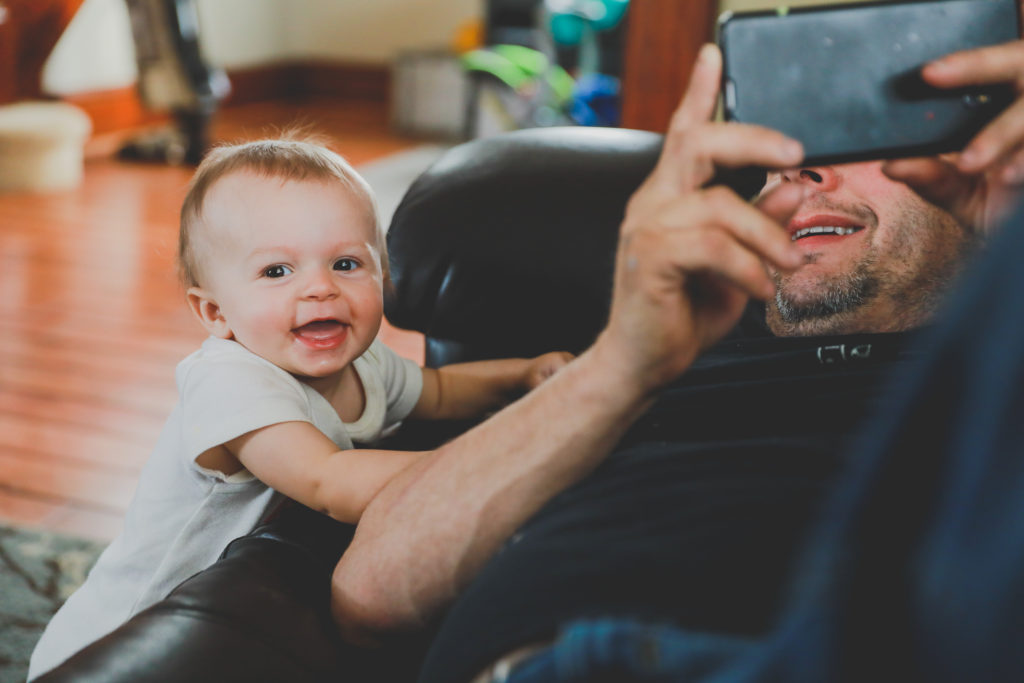 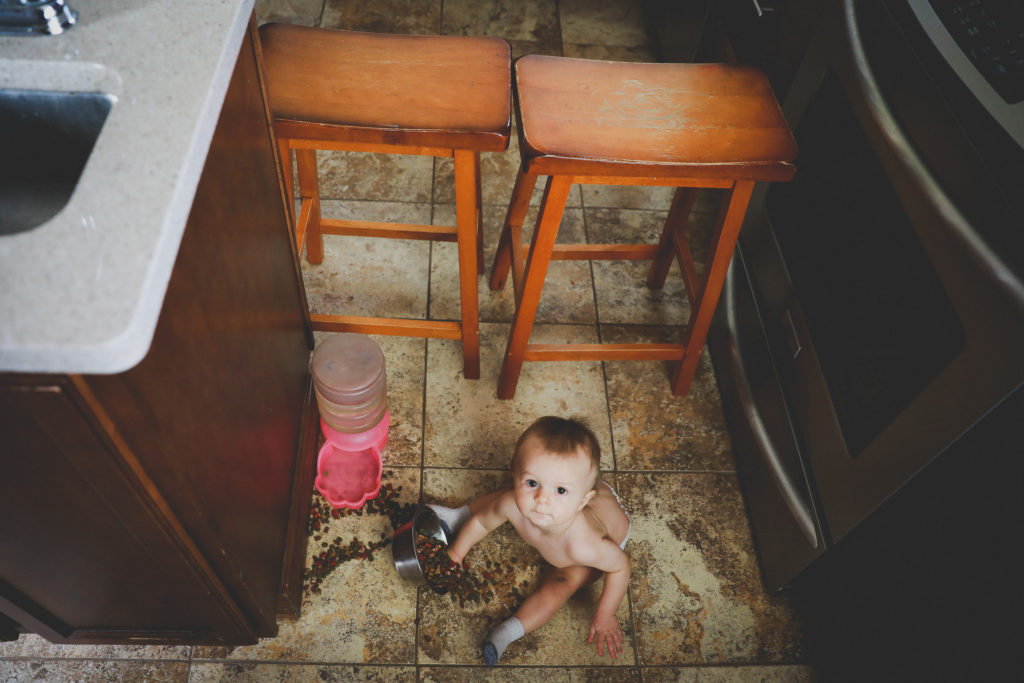 No matter how or how many times I try to block it off, he always finds a way to make a mess. It’s a good thing he’s so damn cute. 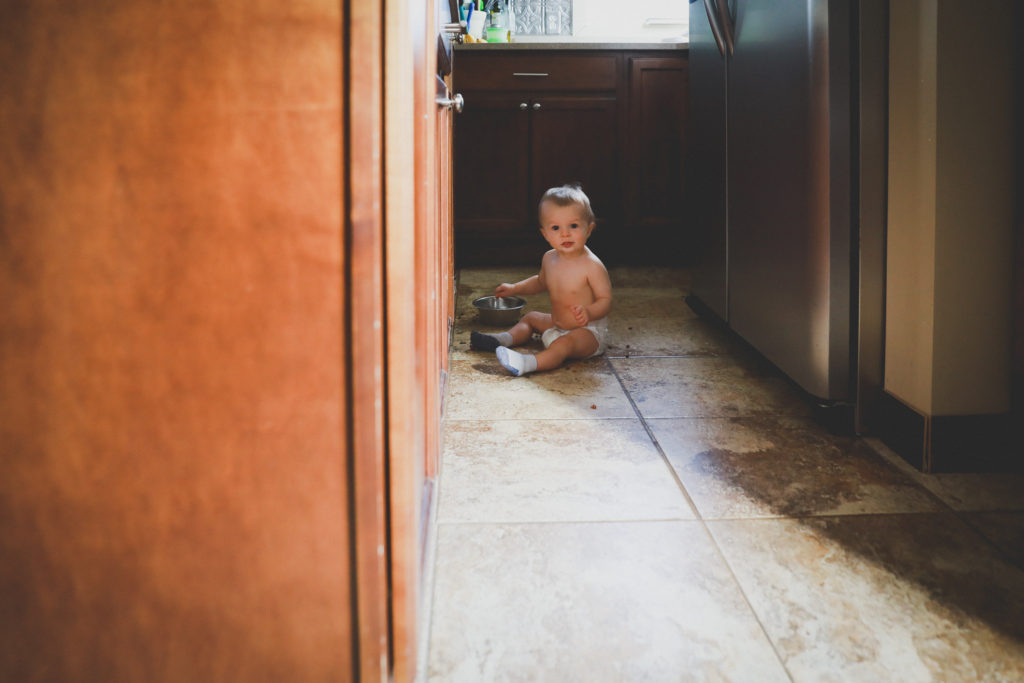 That’s his: “it wasn’t me it was the dog Gracie” face. 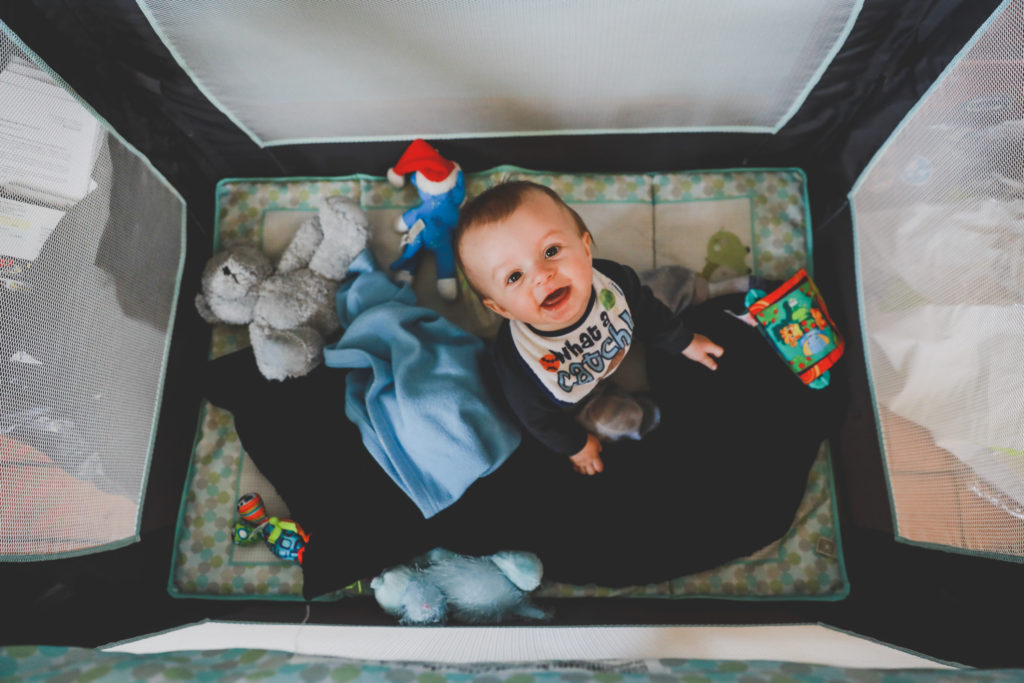 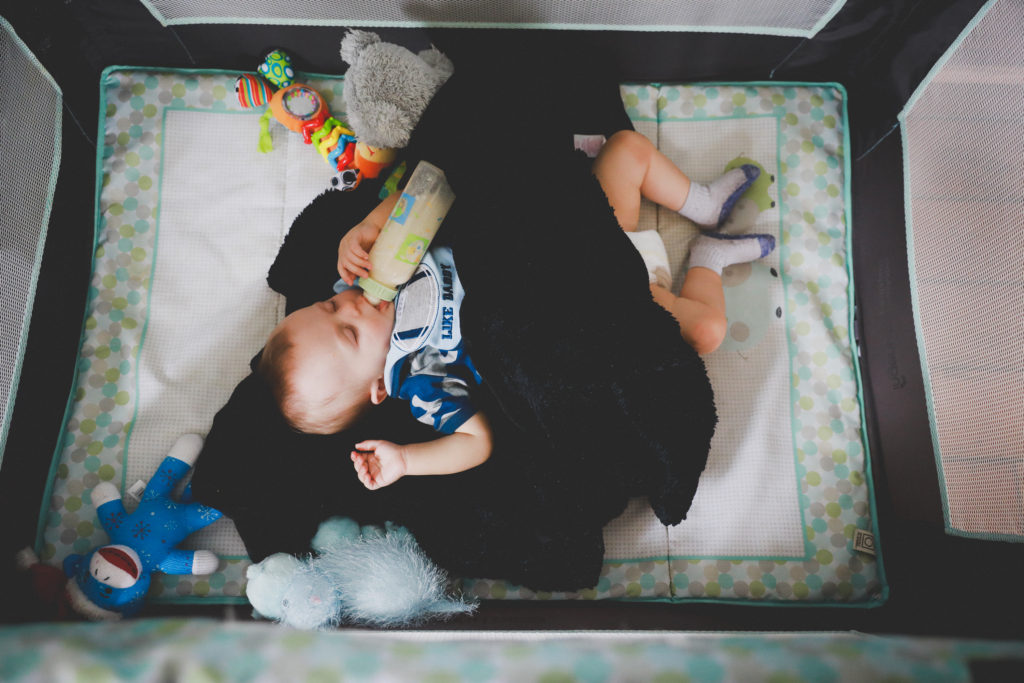 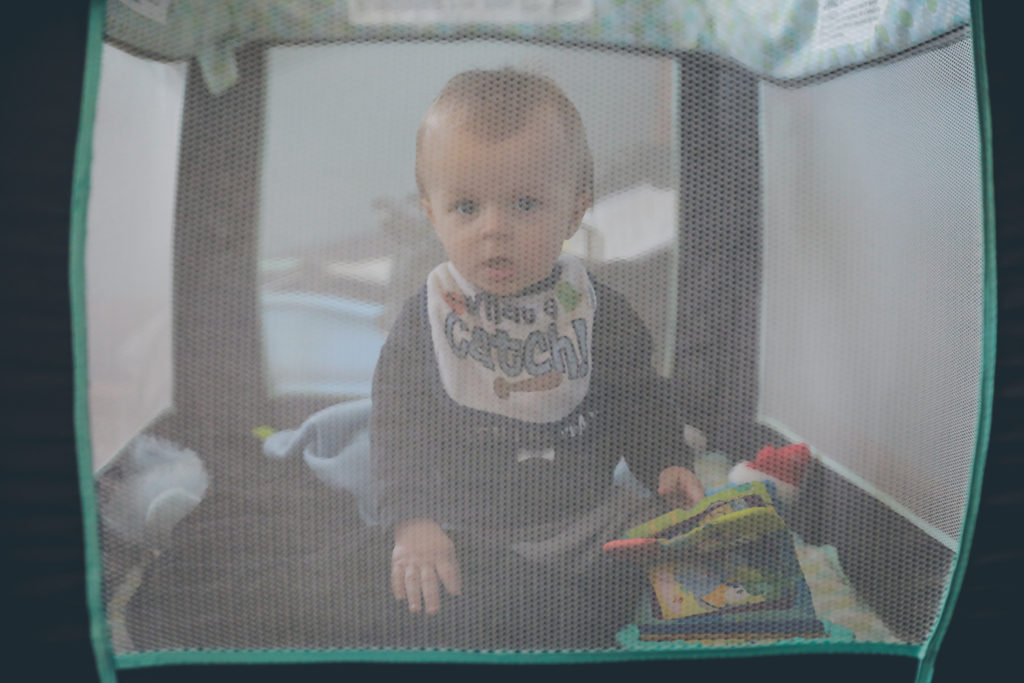 I call it the baby cage. 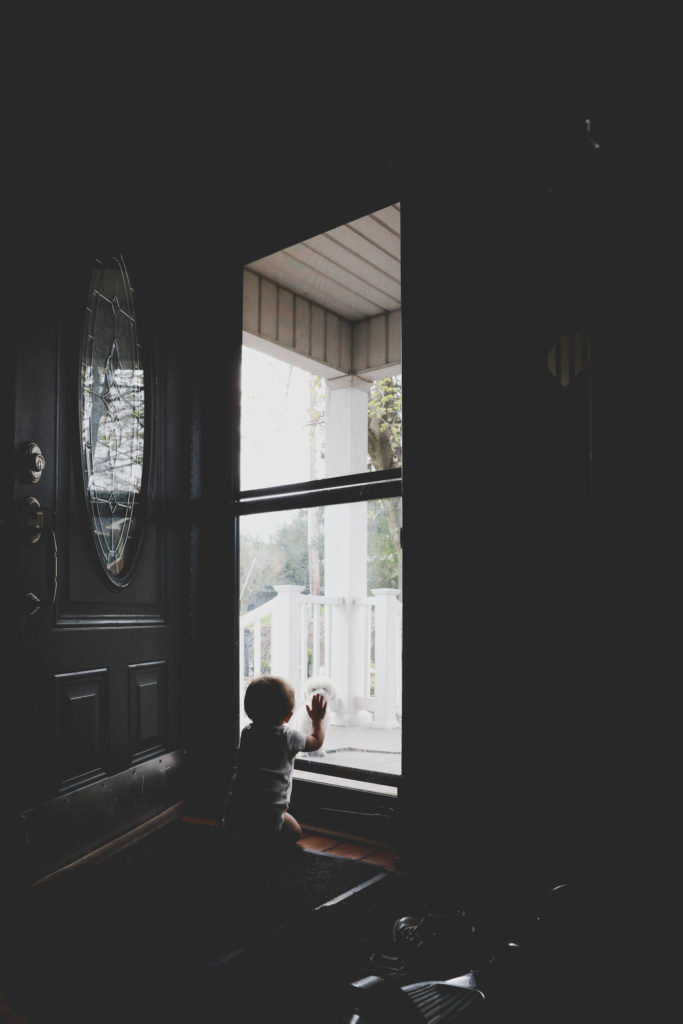 Levi loves Gracie…..Gracie doesn’t love Levi. The dog tends to avoid little people at all costs so when I saw that she was close (even if it was thru dirty glass) I had to snap a pic. I have no idea why she doesn’t like him, he’s never even been able to get close enough to her to pull her hair or do anything for her to not like him….but she isn’t having it. 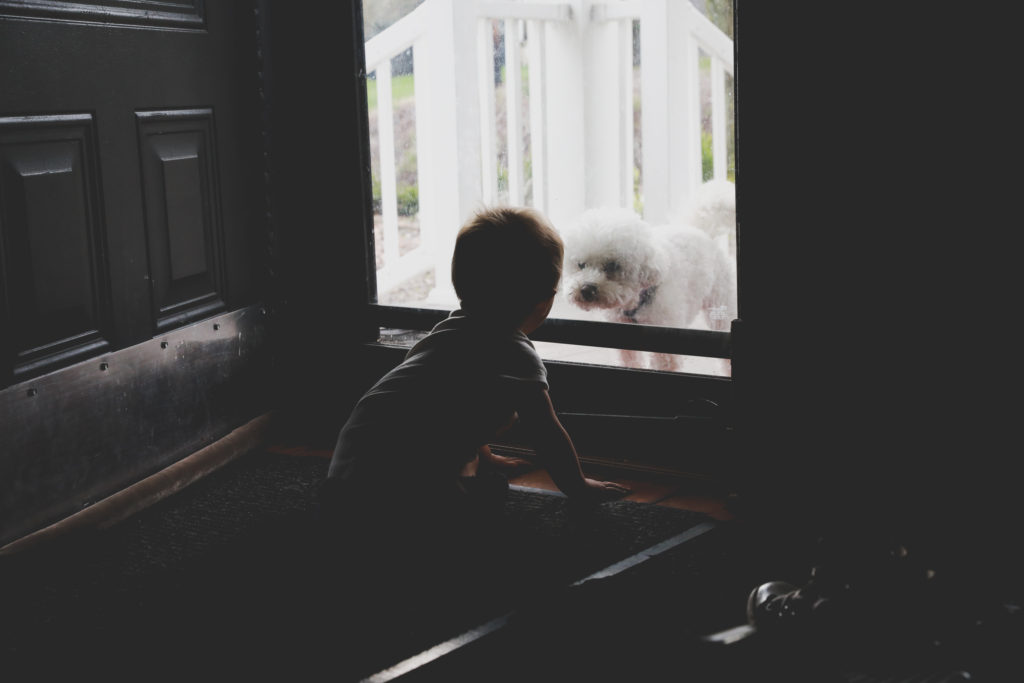 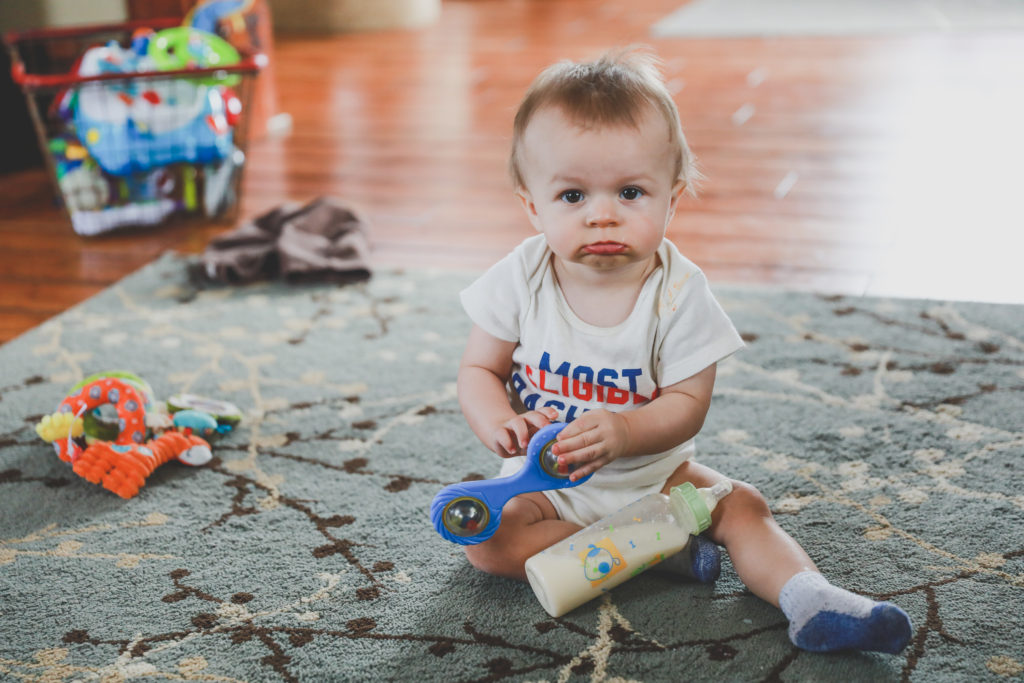 Note: sweet potatoes on his shoulder, his favorite blue rattle (he’s OBSESSED WITH IT) and no pants. He crawls off his pants. True story. 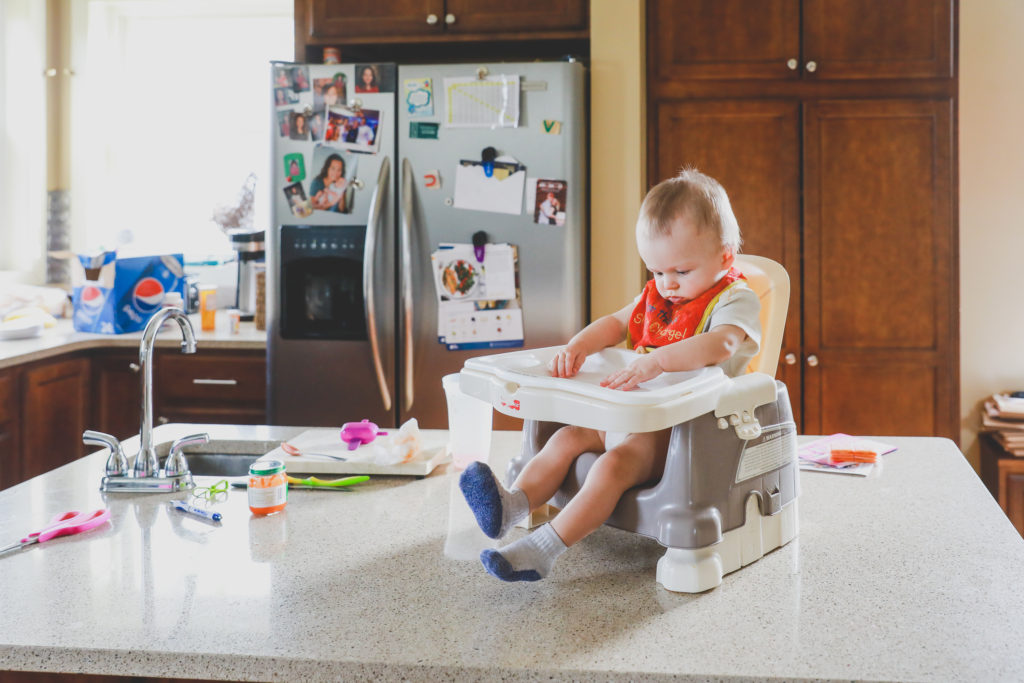 Recently, he’s started to get the hang of picking up his puffs snacks. Prior to these past few weeks, we wasn’t able to eat them safely. We gradually let him have those yogurt melts and he’s since graduated to the puffs. We’re still a long way until gold fish…but PROGRESS!!!! 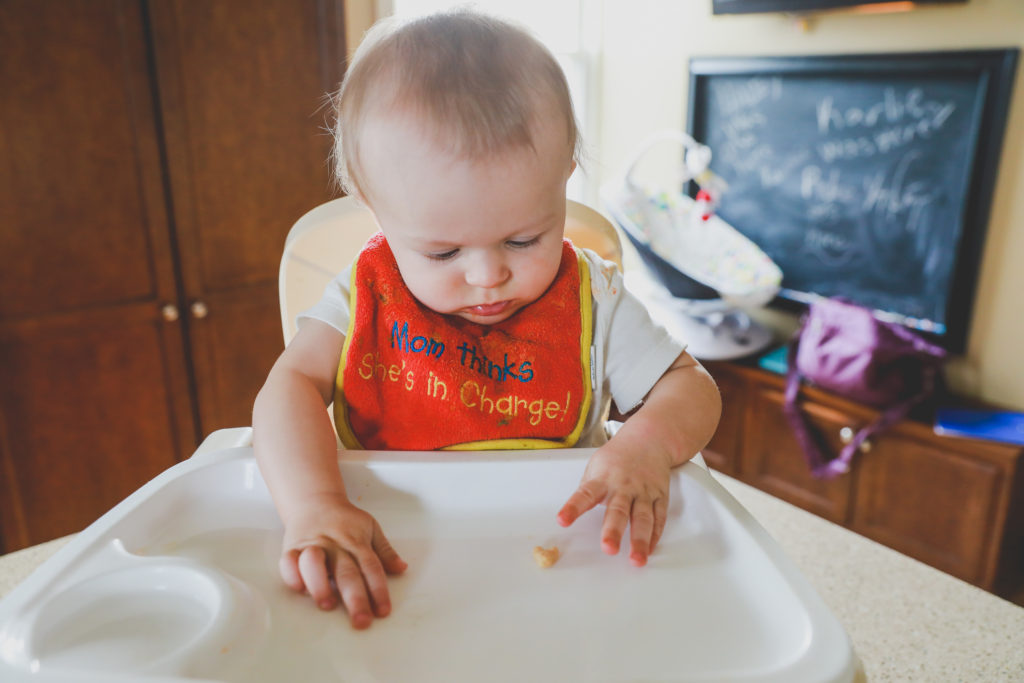 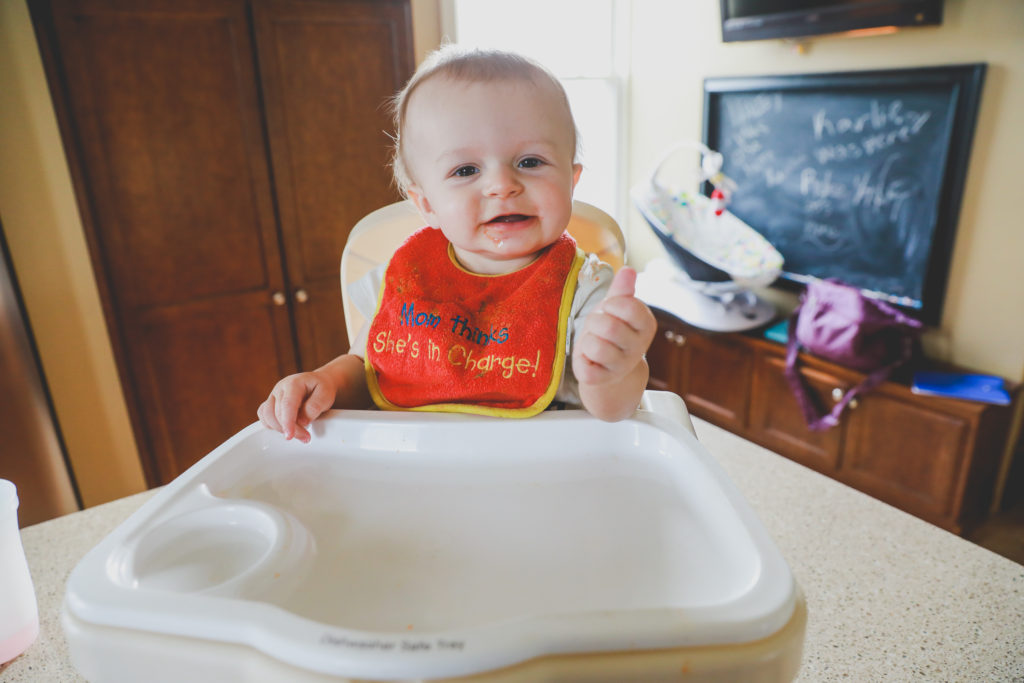 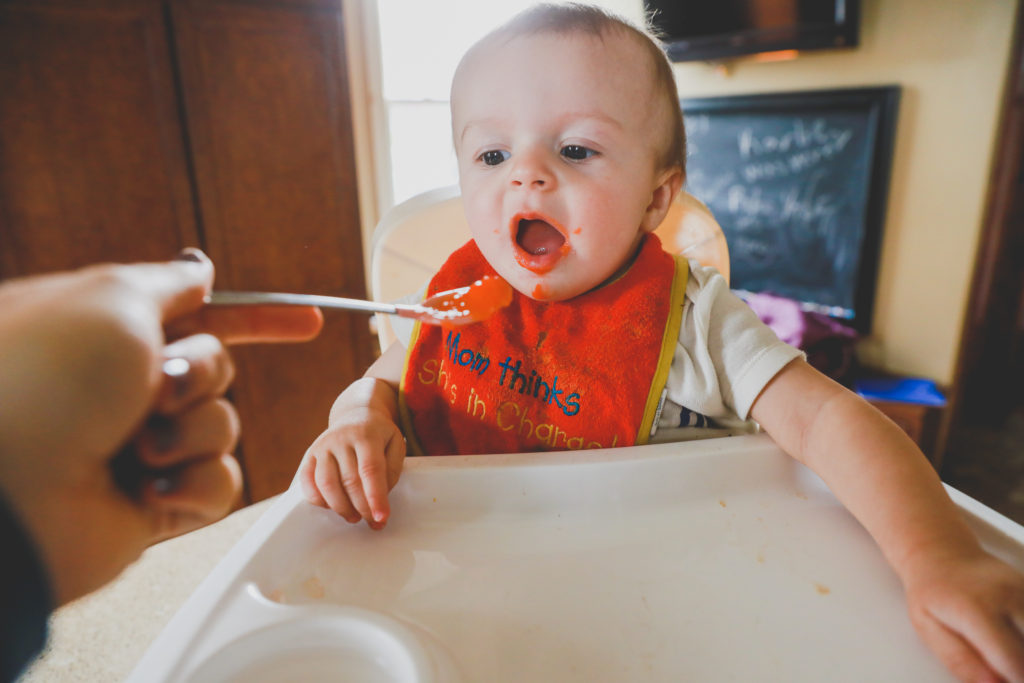 So there ya have it. The life of Levi Wesley lately. He’s still army crawling around….but it will be a matter of time before he’s walking everywhere. I’m going to have to invest in a more baby gates. Good lord.