This one is going to be kinda long….but I won’t hate if you decide not to read the whole thing-I myself despise long blog posts…but if you want to get to know me a little bit better, you’ll read on! With that said, this was a tough one for me. You see, I’m asked ALL THE TIME, how I started my business-how did I purchase my professional camera…….and where did I start/come from? So I thought I’m just going to get it out there…..the real story of how I obtained my first professional camera-not my first ever camera, because those were point and shoot cameras, but my first ever, professional (or at least it was considered on the professional end at the time) camera……

Deep breath….this brings back a lot of memories! ohhh lordy, and please excuse my typos. I blame my “fat finger syndrome” when I’m typing……

I’ve mentioned several other times on my blog, that I grew up with teenage parents-yes my mom could have been on of those teens on MTV’s Teen Mom, she was THAT young! For my sister and I, that meant that we didn’t have the newest and latest trends, the hottest video games or the name brand clothes. We never went without, we never went hungry but there were many times I spent hours in the day being envious of some of my school friends. Their parents had fantastic jobs/careers, beautiful houses and the most awesome clothes that I could only dream to have one day. I don’t want a pity party, trust me and I’m not one of those kids that were picked on or tortured in high school because I lived in a trailer, or that I didn’t have the Converse or Swatch Watch, I had one thing going for me-my personality….and luckily for me, I was fun enough that people didn’t mind hanging out with me…hahaha! But on a serious note, I remember so very vividly, being in junior high and thinking to myself: “I will be something someday!”. I saw my parents struggle to come up with the extra cash to purchase my school clothes, money for field trips and I remember almost not being able to go to cheerleading camp one year because my mom wasn’t sure if she’d have the extra. Why do I mention this? Well for me, I had no choice. If I was going to “be something someday” I had to work hard….VERY HARD. There were no handouts, no one to run to for a bail out-at least financially….just me and this thing called WORK.

When college rolled around, I remember laying in bed the night before my first class and I cried….like a baby. I was the first one in my family to have graduated from high school (yes it’s true) and then to go on to college. *I* paid for everything….the comforter on my bed, the toothpaste, the rugs, my pencils…everything. My mom would have helped me if she could-but it just wasn’t possible. I had made it…I was at college. THEN reality sunk in….I still had to buy my books. I had $5 in the bank and I had to purchase my books by the end of the week because if you didn’t, then you’d start to be docked points for not having them. After my fist class, I had the biggest pit in my stomach…HOW was I going to pull this off. I had no one to call……no one, that would have an extra $300 lying around to let me borrow. I remember that feeling of not having enough money…I hated it…and then I cried some more! The feeling of not knowing where it was going to come from was the most horrible feeling and it was around then that I started to have more and more respect for my mom. All those years of raising us with the stress of “not knowing where it’s going to come from” must have been very scary, stressful and if I’m being honest-embarassing. Wanna know how I got the money? A credit card-this is how I learned to use credit cards responsibly! One afternoon on the way to the food hall, there were representatives from Discover card trying to get student to sign up. It was my only way to get my books, so I gave it a try. I still have the same card from all those years ago……and it has been my saving grace-at least in my college days. I had no choice but to learn to use it responsibly and I’m proud to say I have zero debt to this day. 🙂 I can proudly say, that I have not borrowed one penny off of my parents since the age of 16, when I was old enough to get my first job. Not even $20 for gas!

During my junior year of college, my sister, Nicole was killed in a car accident-she was 17. Up until that point, the most devastating thing that had ever happened to me was my parents divorce……but when your sister dies, you get a huge slap of reality in the face. HUGE SLAP. Things in my life that I once thought were struggles became drops in the bucket. It was a very dark year…..as you can imagine. To give you the short version, due to the circumstances, my mom obviously didn’t have life insurance on her-I mean, do you ever really think you are going to lose a child? The car insurance company however had a clause that her death was covered under something or other…I don’t know much about this stuff…but what I do remember is that they helped pay for her funeral and there was some money left over from the policy that was ultimately split between my mom and dad-who were divorced at this time. Up until this time in my life, I had never taken money off of my parents…I had done it all on my own. And it was roughly 2 months after her accident that my Mom approached me and said that her and my Dad were going to give me a percentage of my sisters money to put towards school because they were never able to help me before. Inside, I knew it was a sensitive subject-because let’s face it..it was death money and in some ways they both felt guilty for spending it on anything because she had to die in order for either of them to have gotten the money. If you’ve ever been placed in this position…it’s hard. You would think that for a family who struggled with money problems-basically their entire life, you’d be so happy to have this money-and trust me, it wasn’t a lot…..what price tag do you put on someone life?

So here I am, with money in the bank, and no sister. It’s kind of hard to swollow-right! The money sat in the bank untouched for almost a year. Keep in mind that at this point I had taken one intro photography class through my college as part of my major. I was using a film camera that I had purchased at Walmart because the only requirement was that it had to be a DSLR and that it had to have interchangeable lenses-so I purchased the film Canon Rebel with the kit lens. I bought the kit (on my Discover card) for the class a year prior to my sisters accident. I noticed that in the year between purchasing the camera from Walmart and my sister death that I had really enjoyed shooting and thus my obsession began. I would chase my other little sister (who was 2 at the time) around trying to capture her picking her nose-you know, to have something to embarrass her with someday. My sister Nicole wasn’t safe from my obsession either, it was a joke between the two of us to get embarrassing pictures of each other….hers were usually when she was doing her hair in the morning (she had some whack morning hair) and mine were usually when I was eating (you know, mouth open kind of shot)..haha!

So anyways…..it came time to make a decision. Long story short, between the time of her death and then, I had decided that this is something I wanted to do…..as a job. *gasp*…the problem, I needed  better quality equipment. So you know what “death money” I had from my sisters accident…..well, THAT’s how I purchased my first pro camera. And trust me when I say, it was a bitter sweet moment for me. I cried on the phone with B&H while I placed the order…..no, I’m not joking! I guess you could say that it was right there and then that I made myself a promise-if I was going to use this money to purchase the camera, I wasn’t going to let her down (as cheesy as that sounds).  From the day the little black box came in the mail…my life has changed…and THAT is no exaggeration. That little black box has opened up so many opportunities for me, that the little girl from the trailer park could have never imagined…so when I say I LOOOVE photography….I think you understand where I’m coming from now. It’s so much more about a piece of equipment. As a matter of fact, I’ve upgraded my camera several times since then, but with every click of the shutter, I will never forget that this was all possible because of her…….. 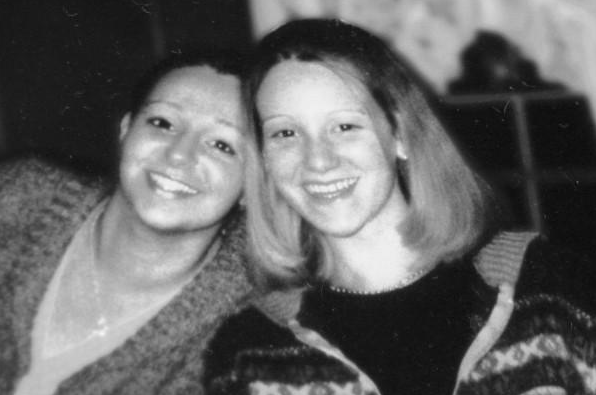