Kim had a crush on Minh for a long time but was too shy to say anything to Minh. One day Kim joined match.com and found Minh’s profile. They were a 99% match! Kim sent Minh an e-mail and heard nothing for two weeks. She hid from him at work, thinking that he was not interested but, wasn’t ever going to reply to her. One night Kim was out with her friend and checked her phone and saw that Minh had FINALLY e-mailed her back! They e-mailed back and forth to make plans for their first date. Two days before they were supposed to go out on their first date, Minh came up to Kim’s office and cancelled… Minh asked if they could reschedule for the next week. Kim said Ok. The next week came around and the day before they were supposed to go on their date Minh came upstairs and cancelled AGAIN! Kim was pretty sure he wasn’t interested but didn’t know why he was leading her on… 3 months went by and there was nothing more from Minh. They would say Hi every once in a while and make small talk but, that was it for weeks! Finally one day Minh came up to Kim’s office and asked her out for that weekend, Friday, November 1st 2013. Kim was so surprised, she figured it wasn’t going to happen! That Friday night they went out on their first date and the rest is history!

Minh proposed on Christmas morning 2016. The last present Kim opened was a picture frames with a printed message that said “Kim, would you do me the honor of…” and when Kim looked up, Minh had the ring. Kim burst into tears and Minh got down on one knee and said a lot of really sweet things and then Kim said “YES!!” 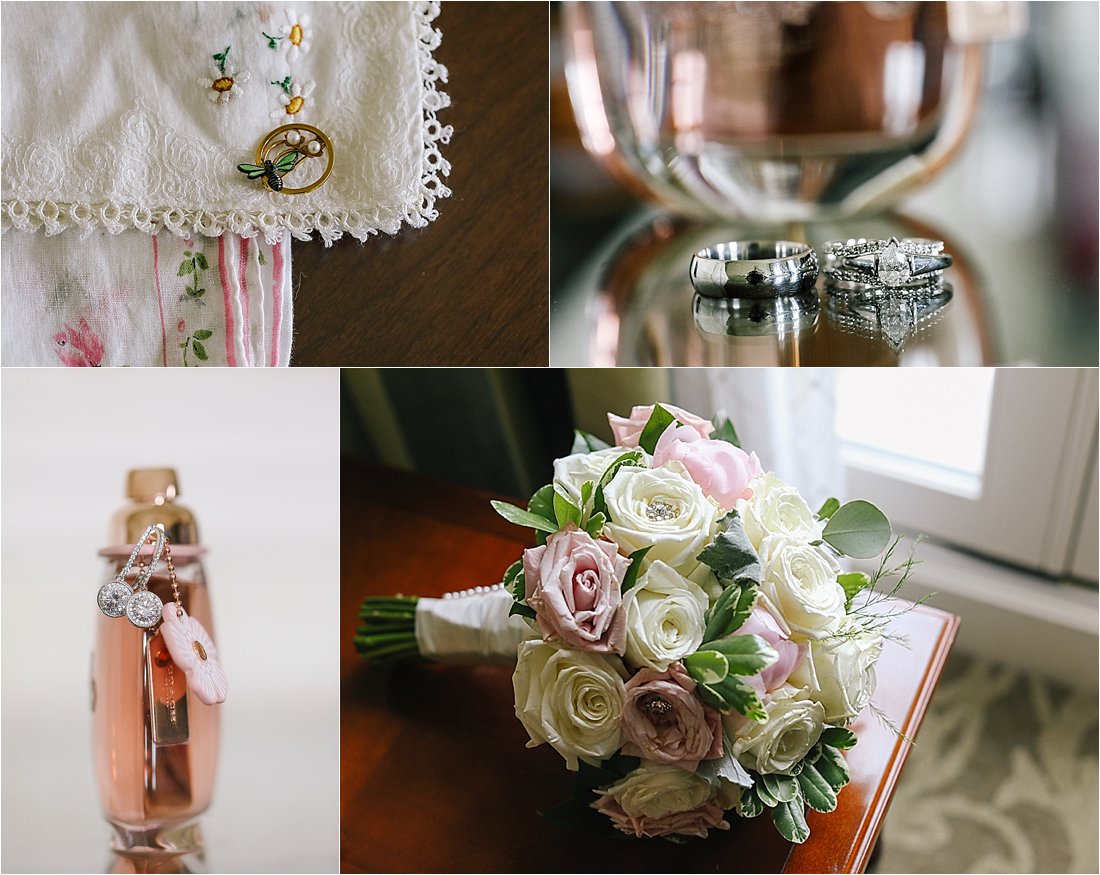 I love when Brides get perfume for their wedding days….you know how the scent of something can always take you back! <3 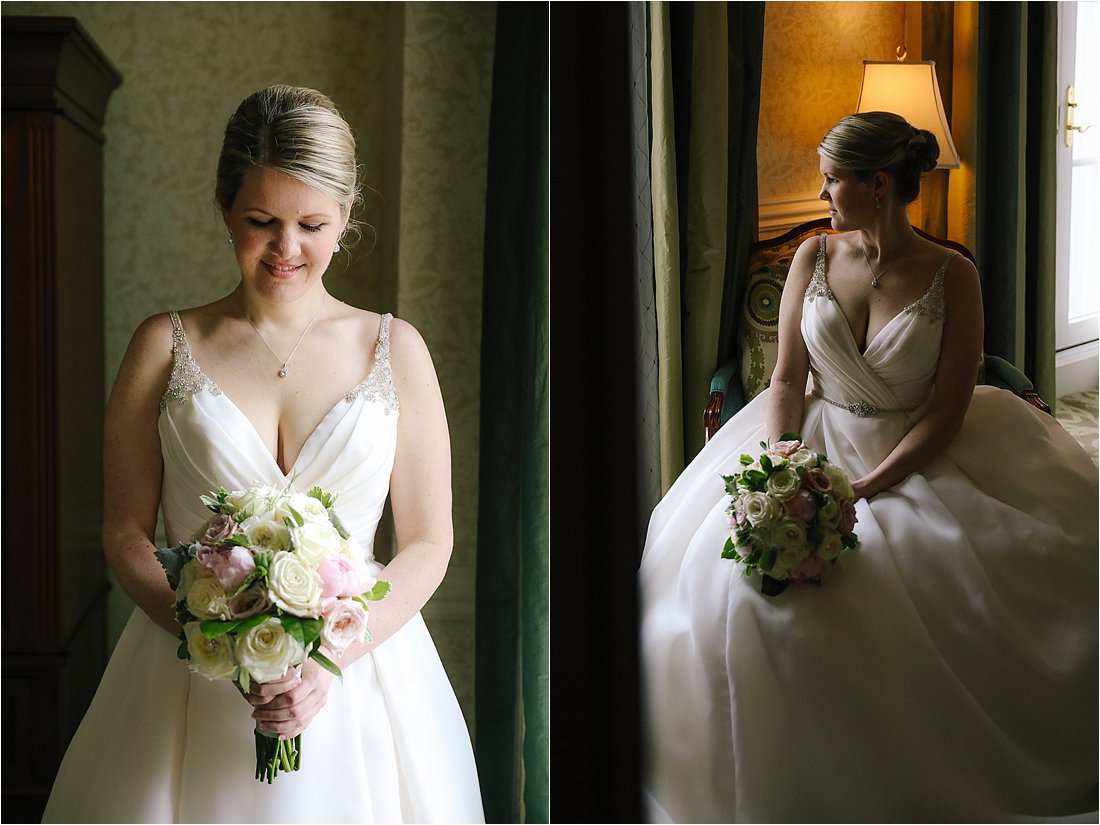 How beautiful is that light! If I were to hand out an award for “the sweetest bride”…..Kim would get it! <3 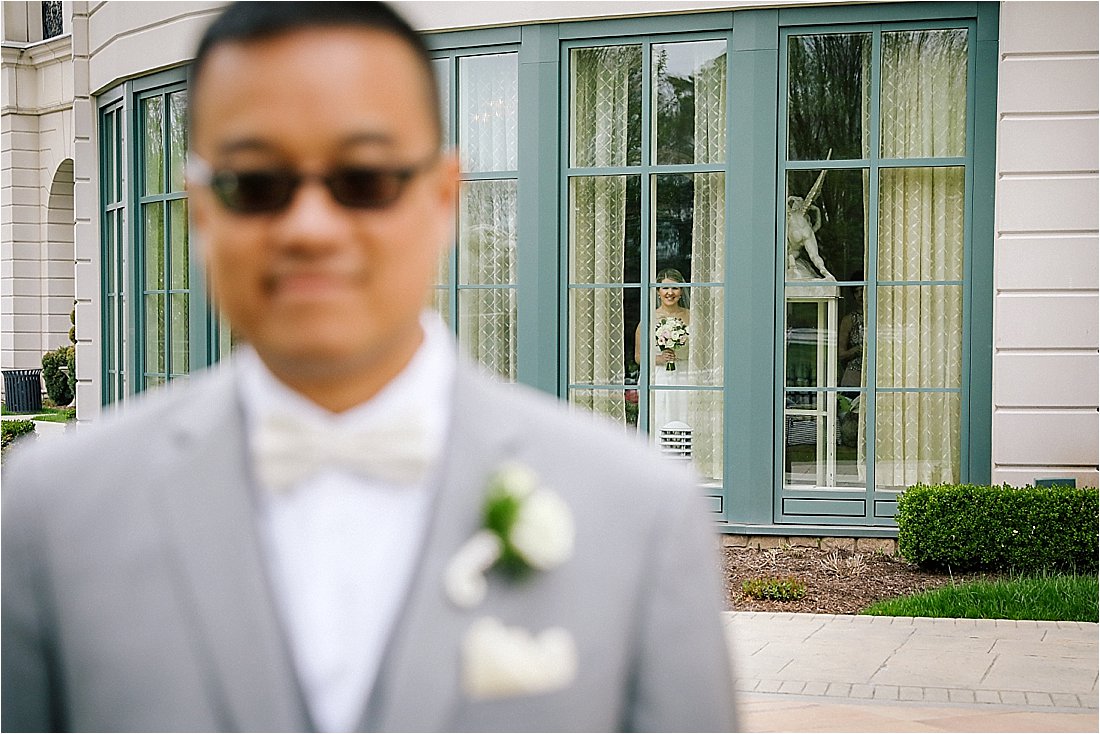 I am a HUGE fan of “the first look”. They will never get old in my book! 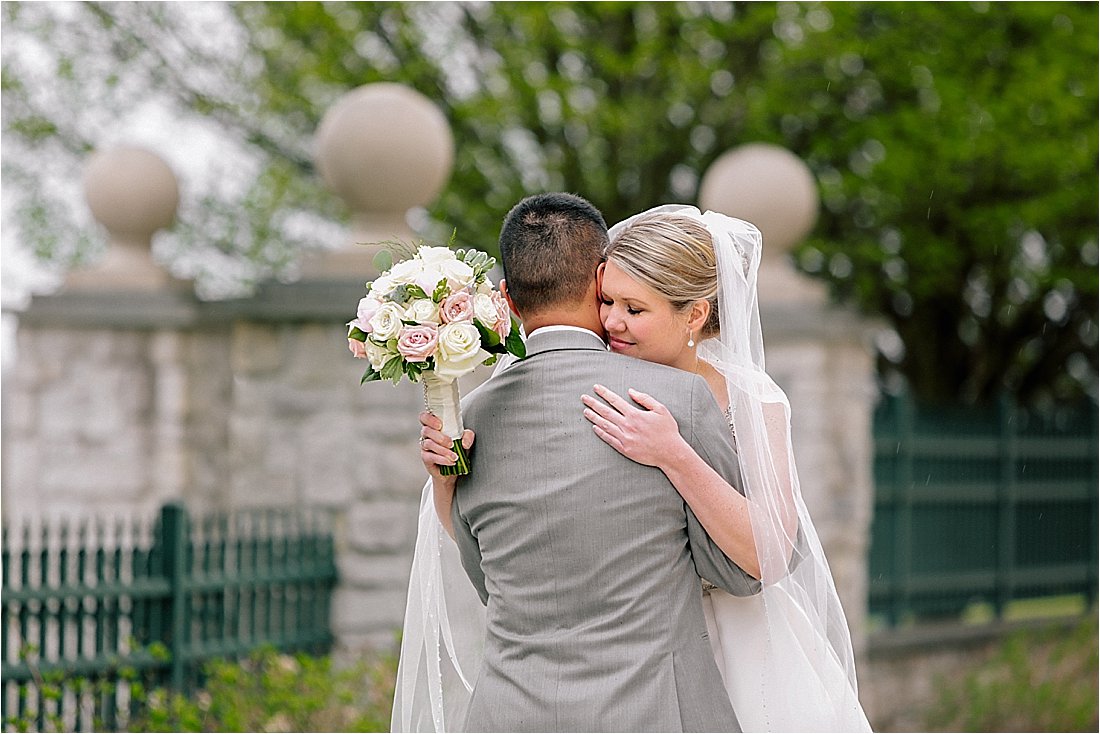 If you look closely, you can see the “sprinkles” starting to come down! 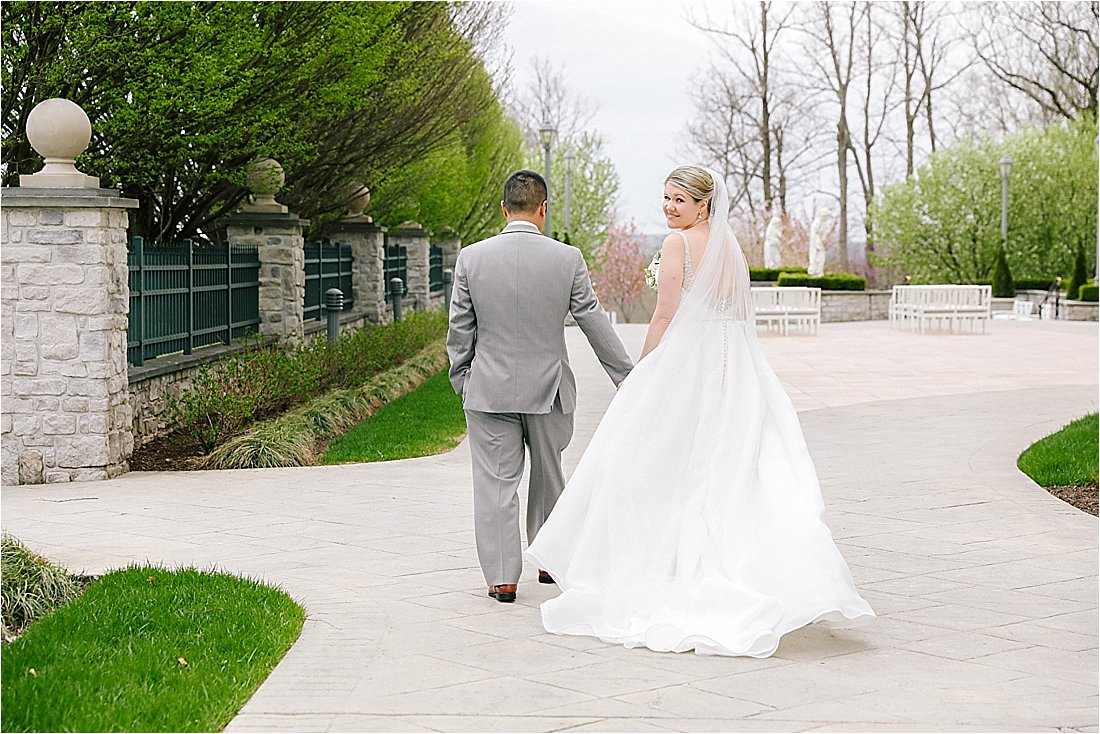 I love how the wind is blowing thru her dress as they walk thru the gardens at Nemacolin Woodland Resort. 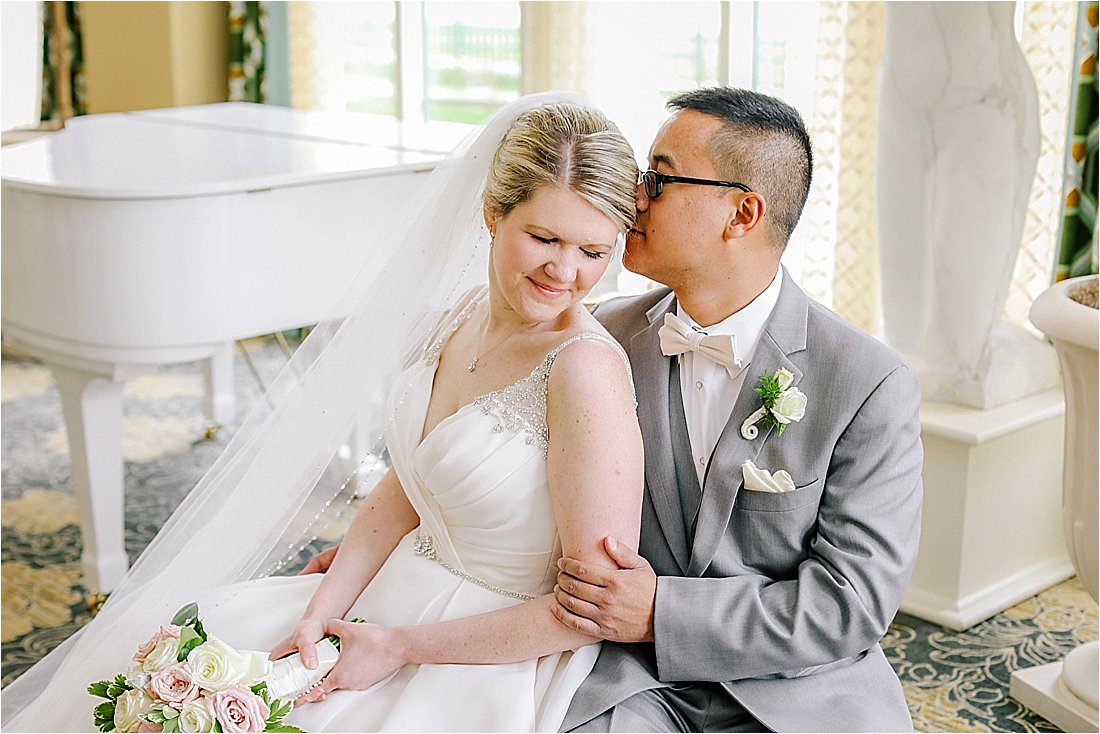 Tell us 3 things you couldn’t live without:
Kim- chocolate, avocados and fresh air.
Minh- food, water and a shower. 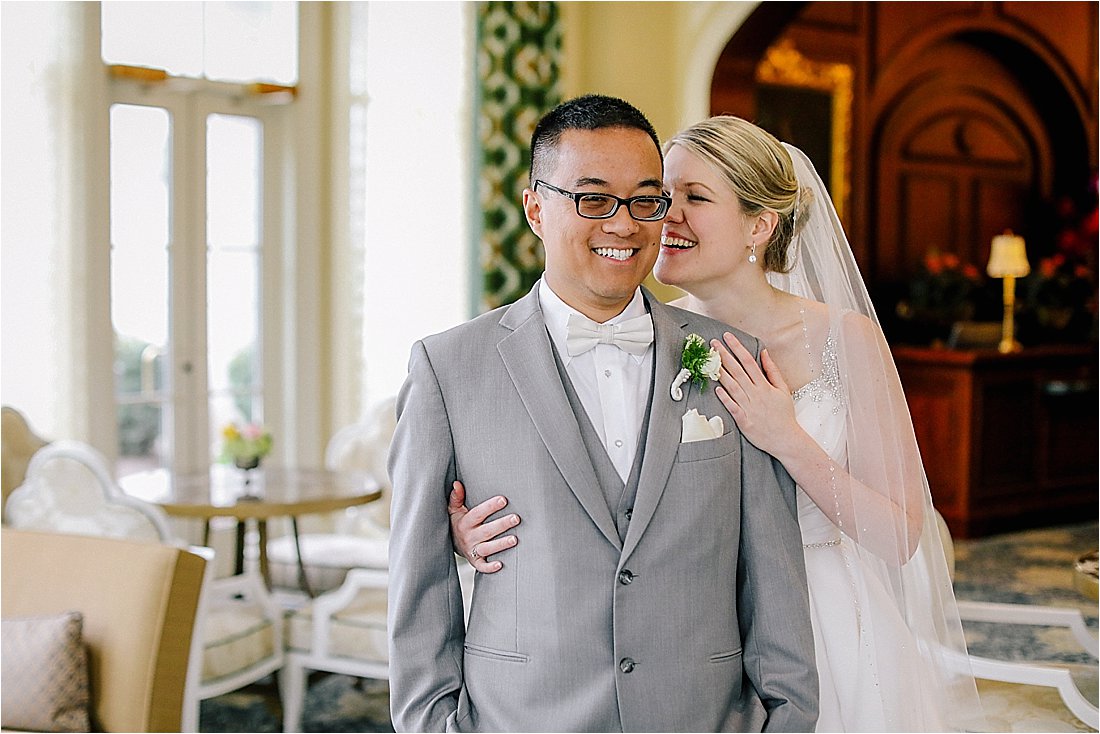 Kim
1. is a life long Dolly Parton fan. Dollywood is my favorite place on earth!
2. I love to-do lists and organization!! I make lists of everything!
3. I was OBSESSED with The Limited until it closed and now I have sworn off buying clothes.

Minh
1. despises cucumbers.
2. doesn’t know how to ride a bike.
3. is afraid of the ocean because of sea monsters……… 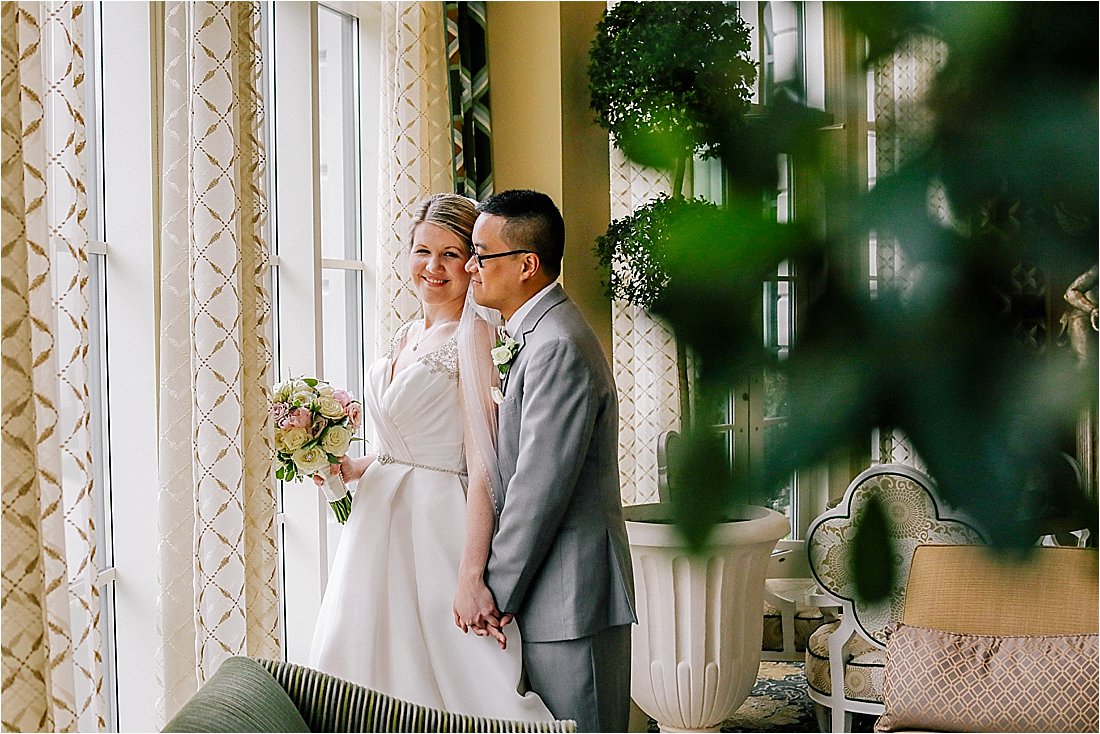 Who said “I love you” first?
Kim said it first. We were at a wedding at Phipps Conservatory and Kim had had a couple of glasses of wine. She whispered it in his ear and he didn’t say anything back— it was OK because Kim was too tipsy to notice! Minh was worried that it was the wine talking but, Kim’s sister, Nikki assured him that Kim meant what she said. Later that night Kim and Minh took a walk in the garden and Minh said “I love you too” 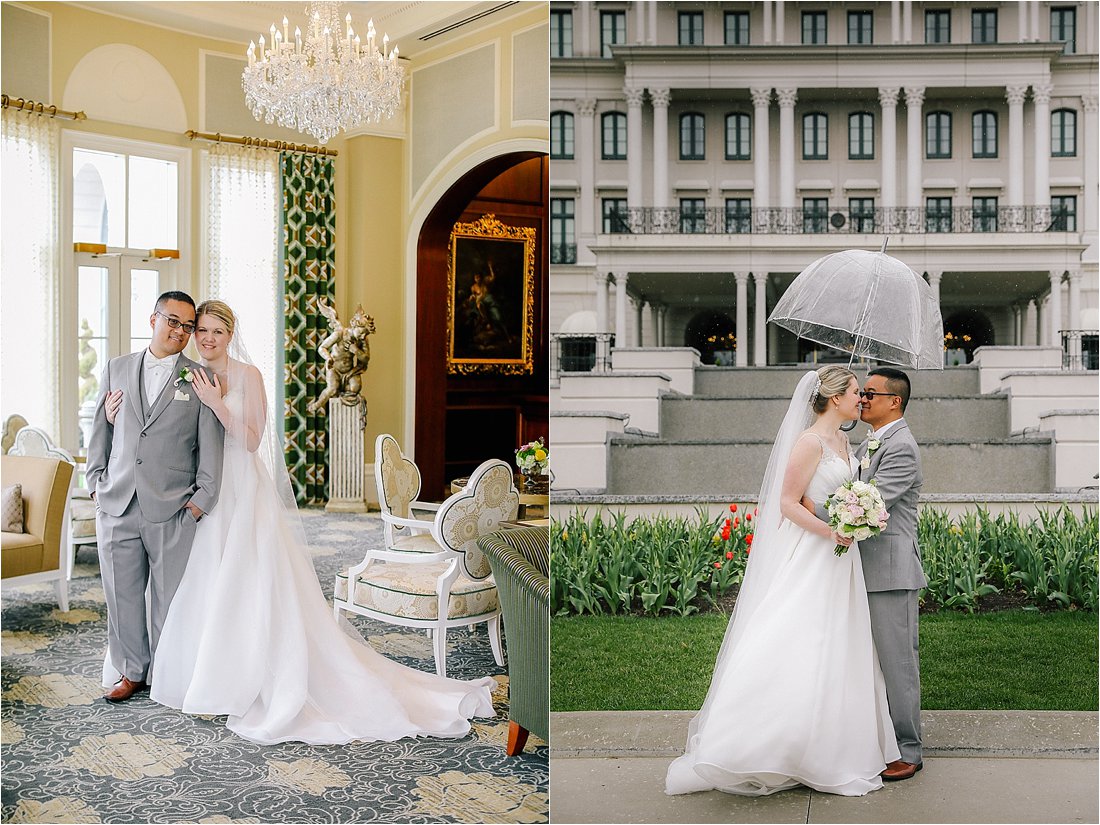 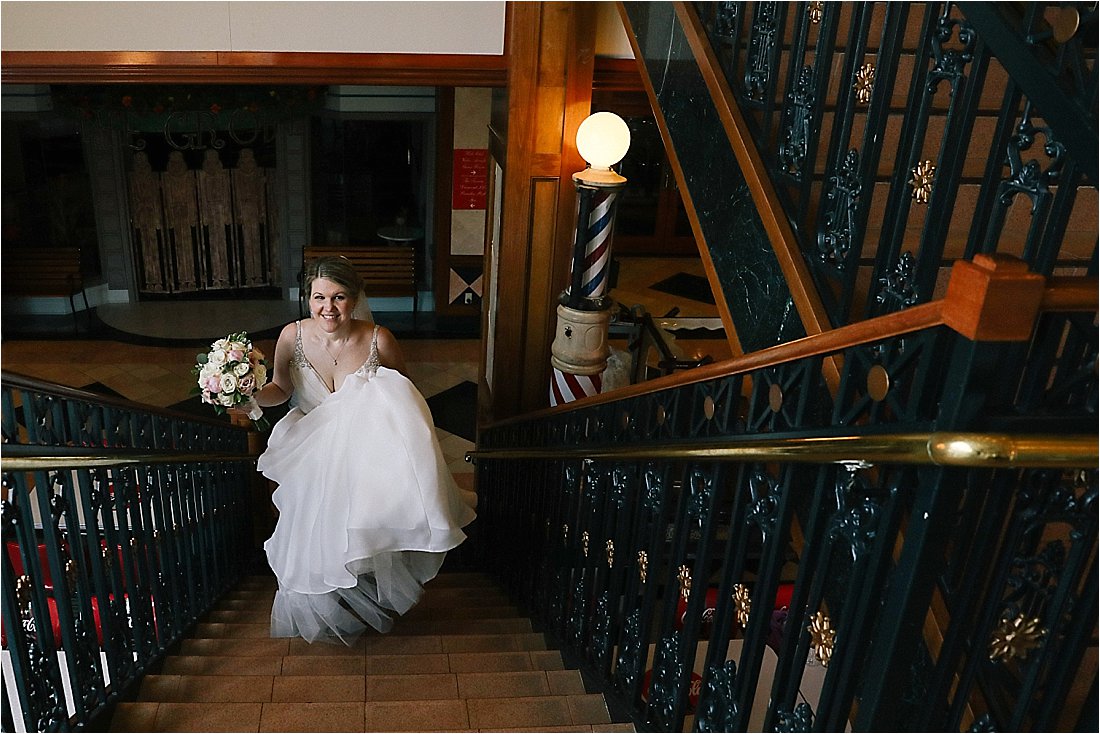 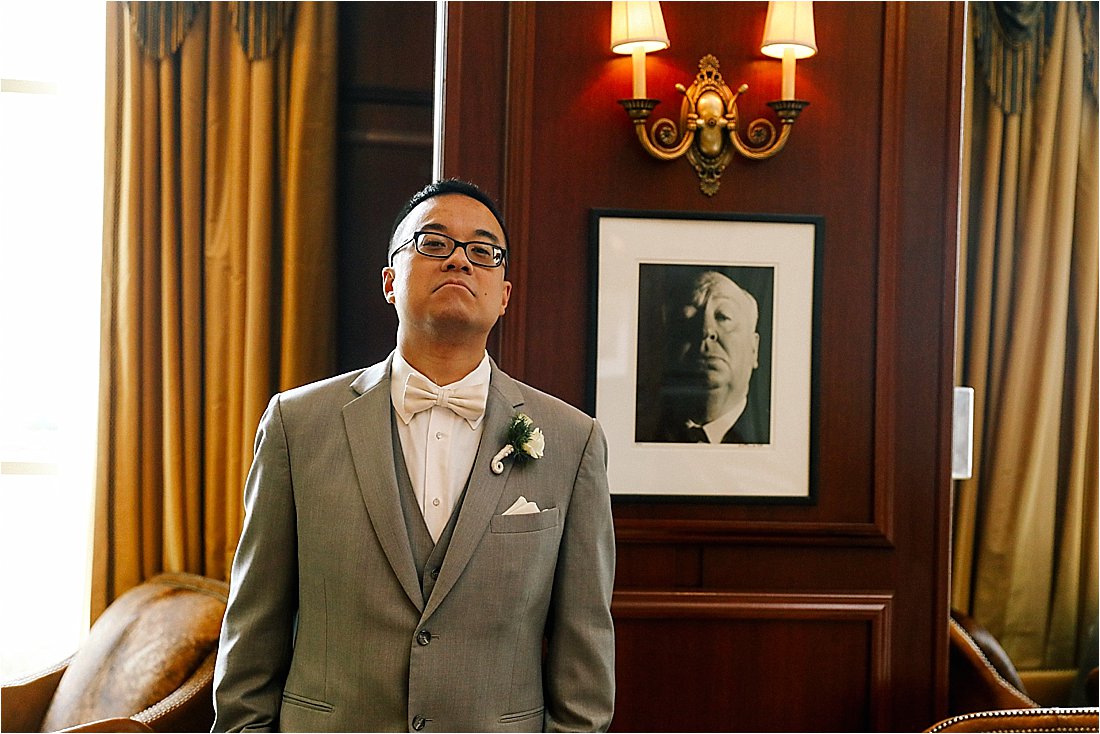 I love when my Grooms are fun and have a sense of humor! 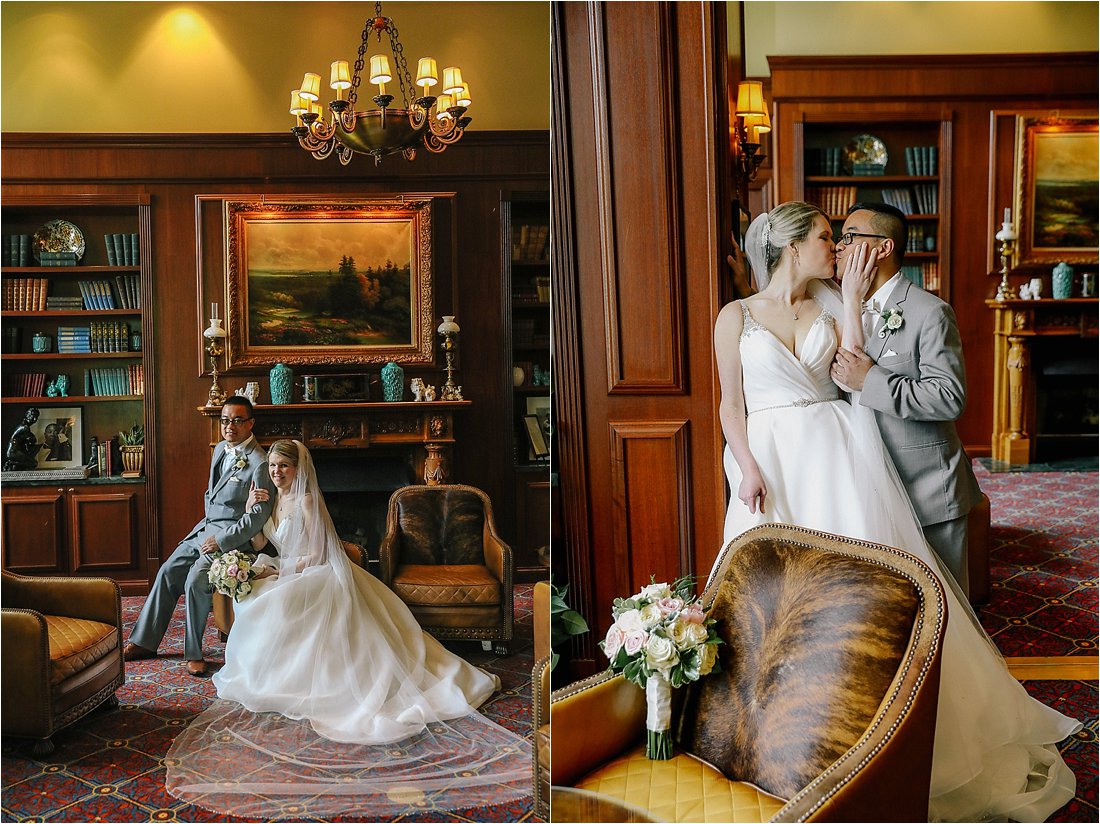 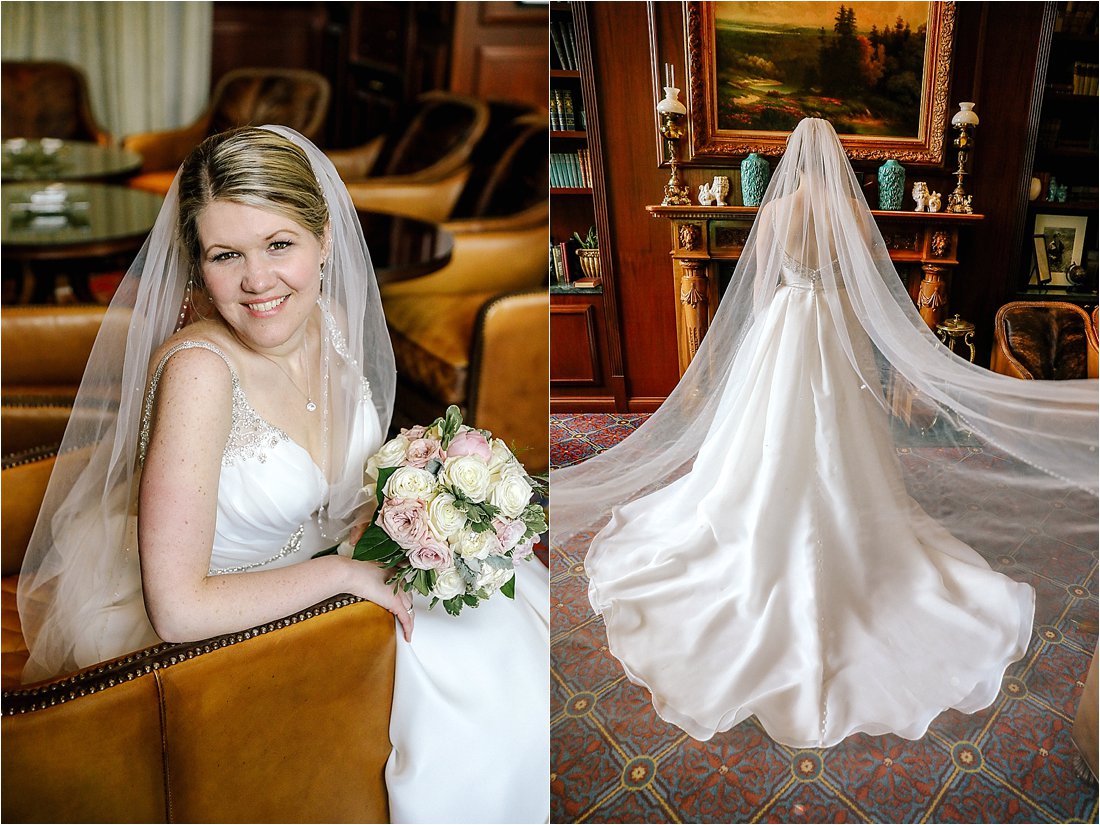 We hung out in the Cigar Bar at Nemacolin Woodlands Resort before their ceremony and have fun taking some portraits. 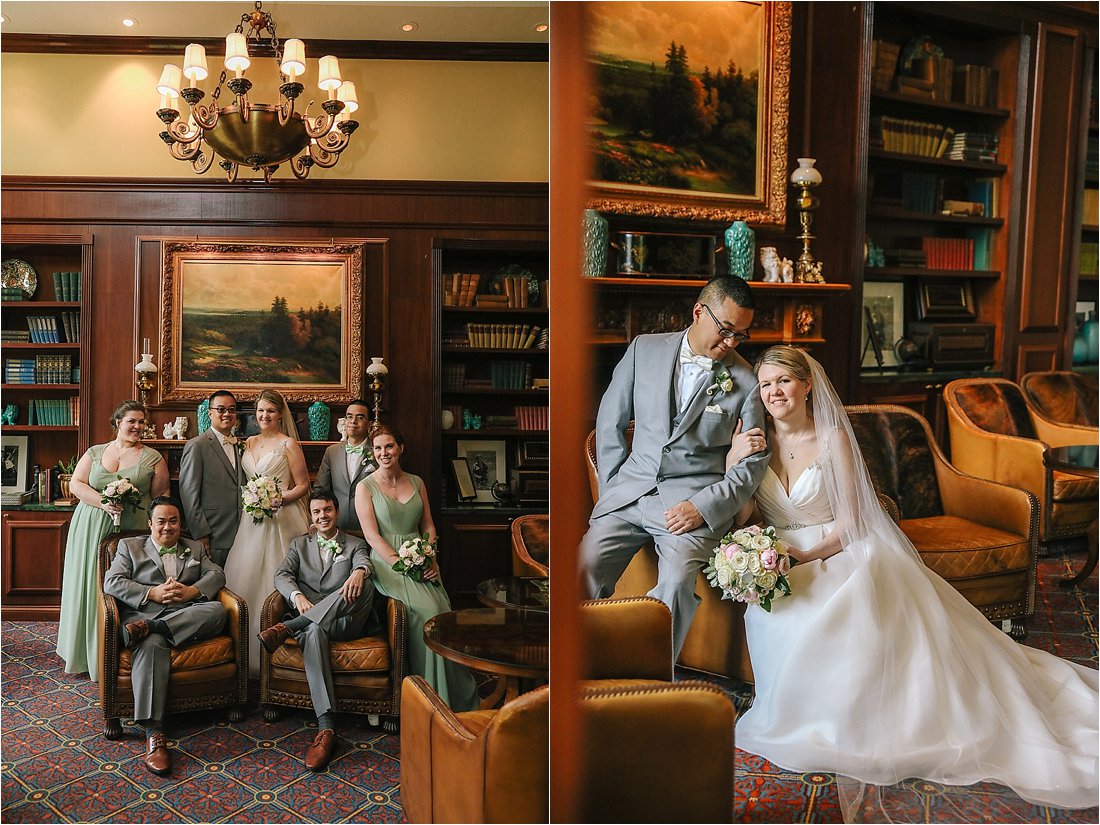 I love that the wedding party looks like they belong in a magazine! 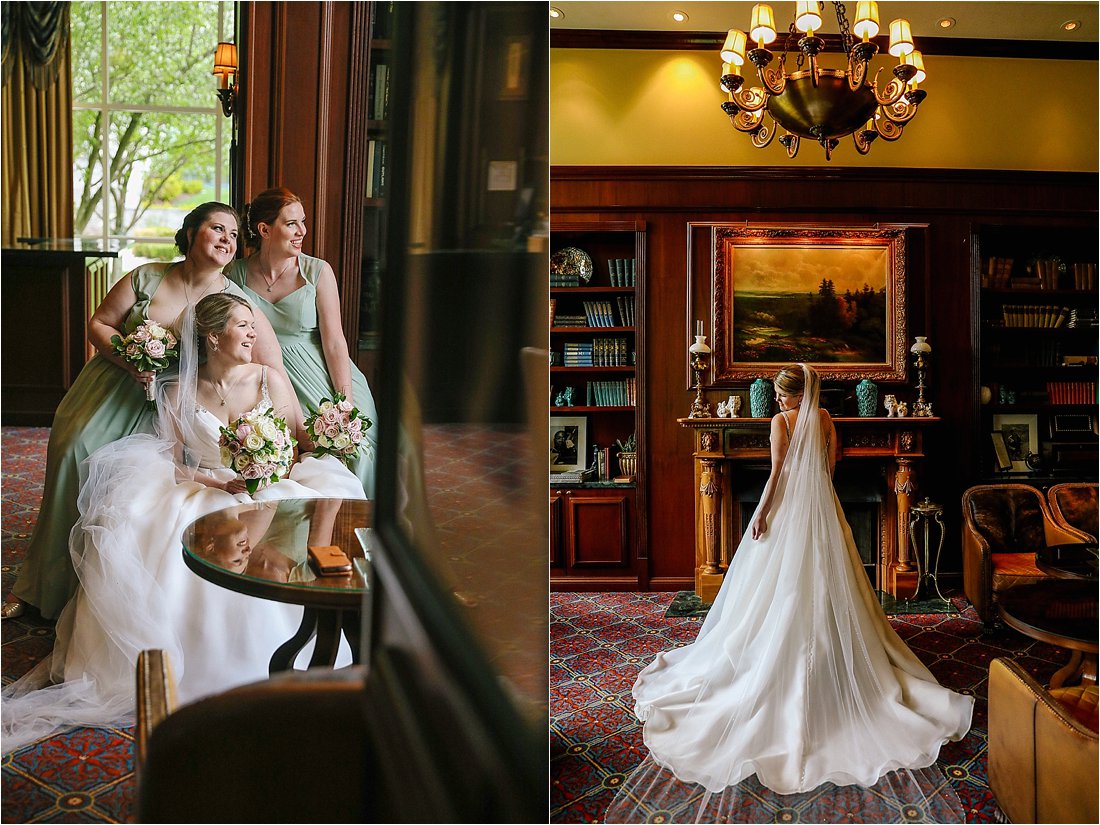 I loved your photos from my sister’s wedding and you were like an honorary member of the bridal party. I had been in weddings where the photographer wasn’t nice and brought down the fun level, you were so much fun to have around and you were so nice!!
The Wedding Team:
Nemacolin Woodlands, Exquisite Bride, Kiss and Makeup, Export Floral, Jammin Entertainment, Pittsburgh Ensemble, Your Wedding Officiant
Love0 Share Tweet Share 0 Share Pin 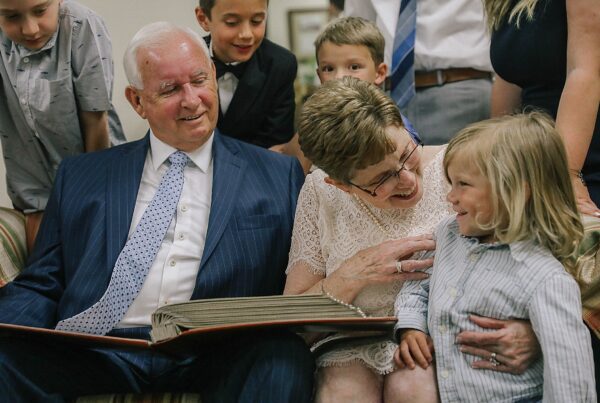 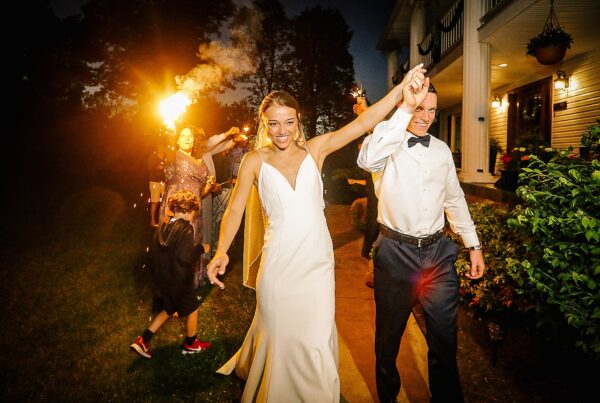 Back Yard Wedding During a Pandemic 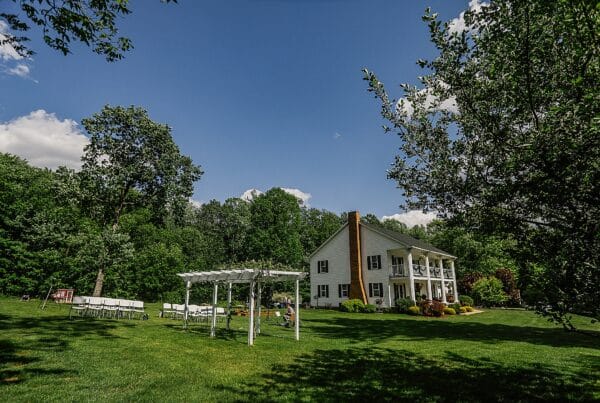