random facts about jen mcken | the girl behind the lens

This post isn’t going to have any fancy professional images. As matter of fact, it’s not going to be fancy at ALL but if you make it to the end, you’ll know me a whole lot better than you may have before!

Often times you see images that us photographers post.  And after while-if you pay close attention- you may notice a pattern on how they shoot, what they chose to focus on, how their clients respond to the camera (and to them), what editing techniques they like and use, and so on and so forth. You get to see the final images but you probably don’t always know what ALL goes into creating that image. Sure, they clicked a button but it SO MUCH MORE than that.  Each photographer brings with them their prior life’s experiences (the good and bad), their values, the traditions that molded them into who they are. I think it’s important to know the person behind the lens because if that person is going to be documenting a huge event in your life, you may want to know a little bit about WHY they see the world they way they do. All of this makes up “their style”. When you choose a photographer who you can relate to, it’s easier for them to create images the way you want the day remembered. I know…that sounds deep but bare with me.

I’ve been known to tell clients time and time again that “I’m not the photographer for everyone” and that I only want you to choose me if you could see us being friends outside of the photography world. I want you to feel we are a good fit because trust me-especially on wedding days- if we are not a good fit, it’s not only  miserable for YOU but it’s also miserable for ME. Below I’m sharing random facts accompanied by links that go into more details that I’ve shared over the years. If you’ve been following me for any amount of time, you may know about some of these. But for some of you, this will be a first. I hope you get to know me a little better and understand why I see the world the way I do!

So here goes *deep breath*….random facts about me-the girl behind the lens. In no particular order:

When I was in 9th grade, I won grand prize for a contest thru TEEN Magazine called the “Prom-a-Thon” that was sponsored by Tyra Banks. I had my entire prom paid for and landed a story in the newspaper. I remember I felt like a movie star and it’s the very reason I was inspired to photograph gals before their prom every year.

I am the mom of a 1lb micro preemie. She’s not so little any more at age 12, but when my daughter was born she weighed only a little over one pound when she was born at 28 weeks. Yes, you read that right-28 weeks. Today, she is perfectly healthy and we were so very fortunate to have had a wonderful medical team. It was a very scary time in our lives but it also puts things inter perspective-her first broken bone won’t seem so bad! haha! It’s also the reason I don’t consider myself a “helicopter mom”. 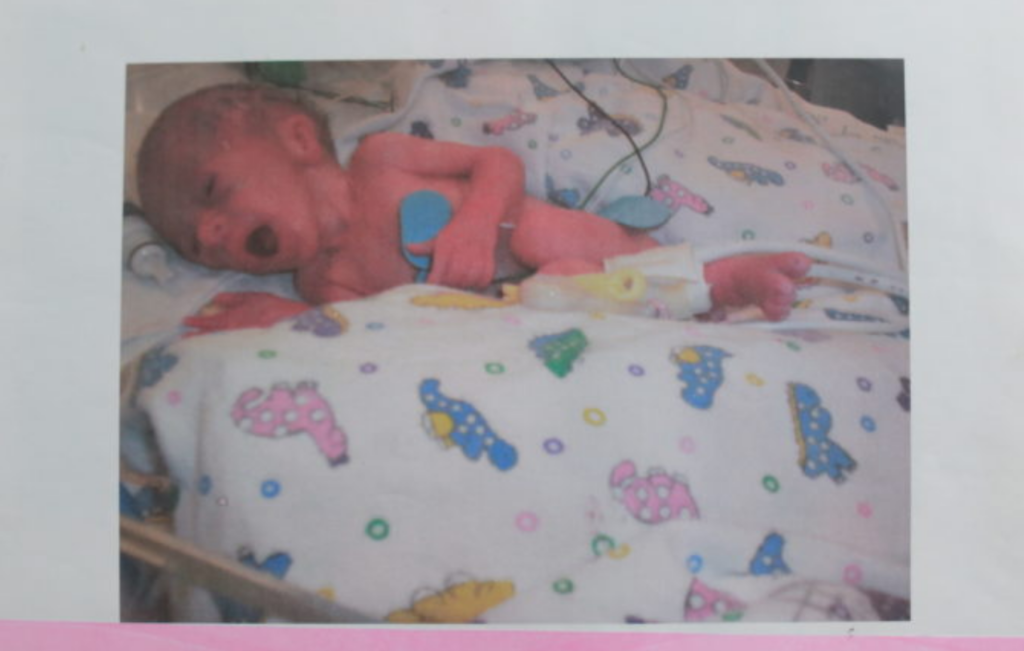 I lost almost 100lbs by myself the good old fashion way. I blogged all about my journey along the way. I had almost hit the 100lb mark and then found out I was pregnant. It’s funny how that happens! haha! I’m still working on it and am determined to hit the big 1-0-0-. If I’m being honest, I’ve fallen off the bandwagon after having my son 11 months ago but damnit, it’s going to happen! I’m still down about 70 pounds from where I started. 30 more to go! I want you to know, I understand what it feels like to not like yourself in photos.

I grew up in a trailer. It was something I had always been quite embarrassed about growing up but the truth is, I certainly wasn’t born with a silver spoon. My parents were teenagers when they had me. Almost 16 and 19 to be exact. Despite the other choices they had-they chose to keep me. A choice I will forever be grateful for and have major respect for. They struggled to raise my sister and I and I can honestly say I can’t ever remember going without but I didn’t have the best of the best name brands. If anything, it taught me not to be materialistic and I wouldn’t have changed it for the world. It has molded who I am and how I look at the world and the filter in which I see and experience everything….including how I shoot. 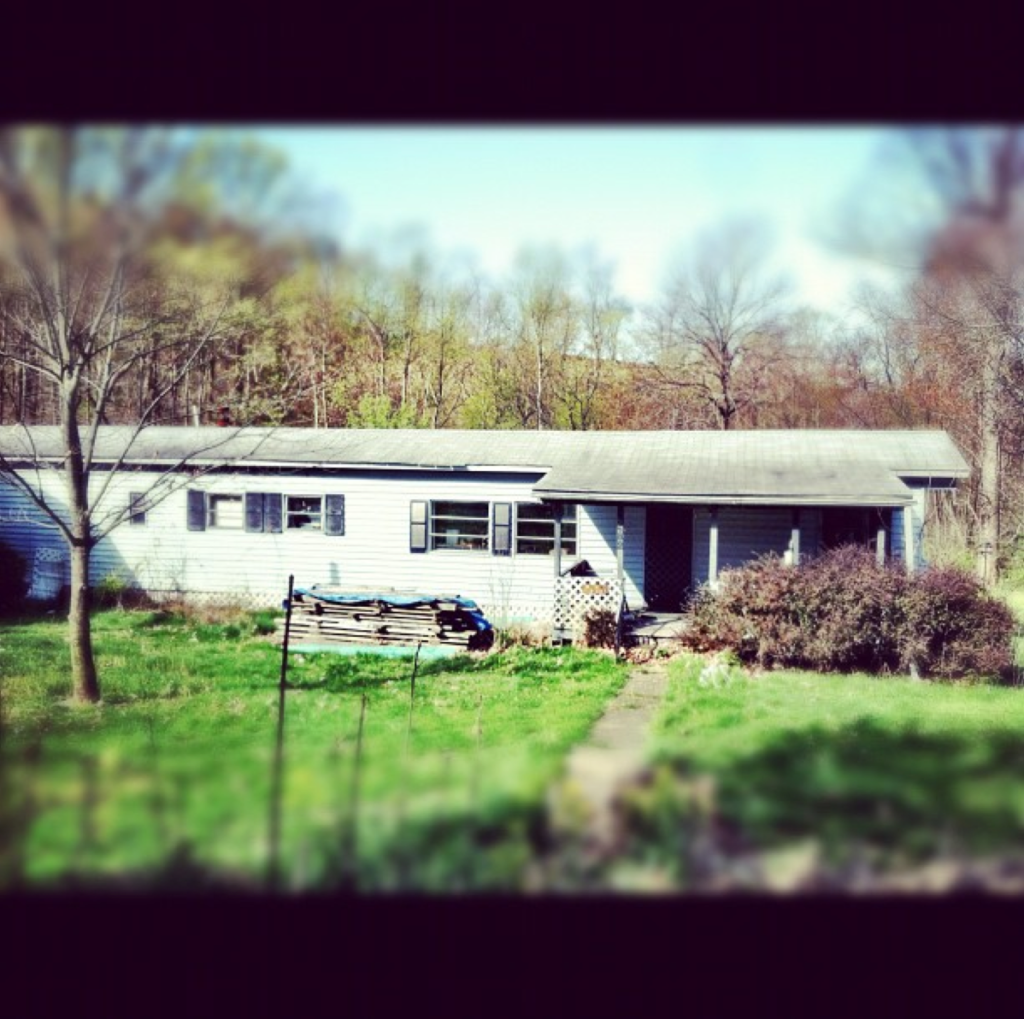 I am a child of divorced parents. C’mon you didn’t think I would say they were still married. Although, it’s not always the case, the statistics of teenage marriages lasting are a little on the low side. They divorced when I was around the age of 12. We moved around a lot in the months following their separation. I can’t tell you how many places I have lived over the course of my life. Perhaps that’s why I was so adamant on paying off my mortgage fast because I knew it was something no one could ever take away from me. I think the fact that I came from divorced parents really has a strong pull on why I shoot the way I do. In some strange way, I get to photograph YOUR family the way I wish my family could have been.

NERD ALERT: I love reading books on finance. Some people like science fiction, some like romance…I love finance. I have a huge collection of books I’ve already read and I’m constantly on the look out for a new one. Everything I know about finance, I have learned for myself. In my next life time, I want to be a financial advisor. Due to all of my nerd like reading behavior, I taught myself and was able to become debt free. No mortgage and no debt which means I get to run my business from the heart instead of  just for the money. 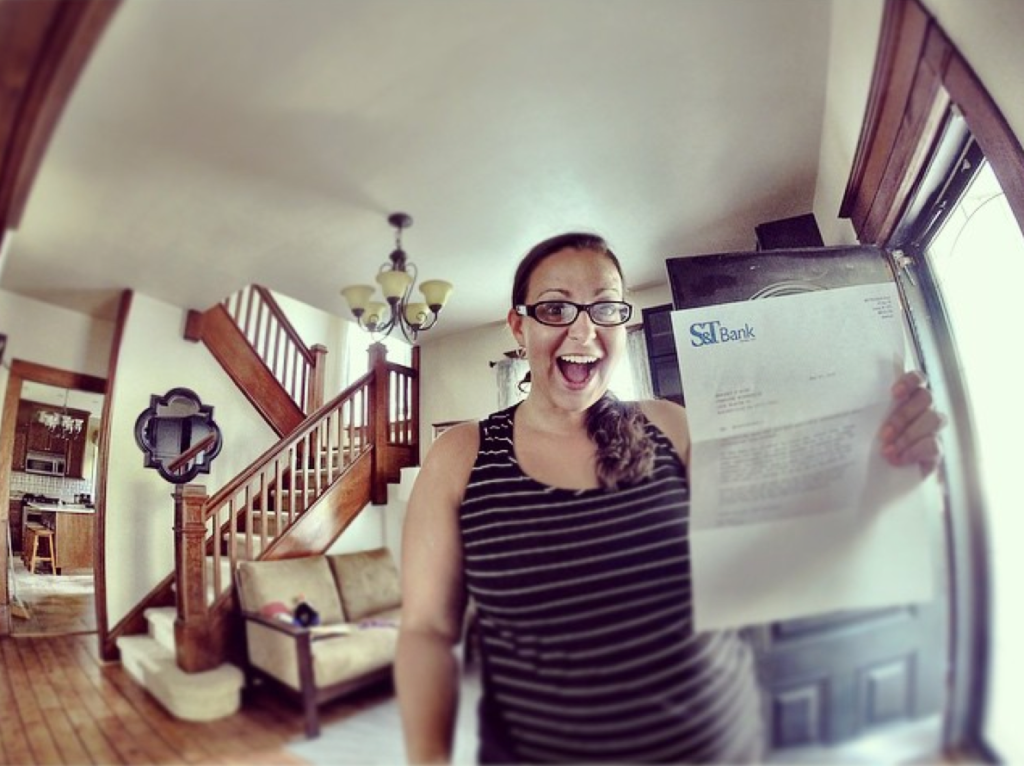 Greg and I met online way before meeting online was “acceptable”. It wasn’t thru an online dating service though, it was …get ready for it….in a yahoo chat room! haha! We talked on the phone for a few weeks before meeting up in person at a mall but then the rest is history. Literally every single day since then we’ve been together….16 years later. 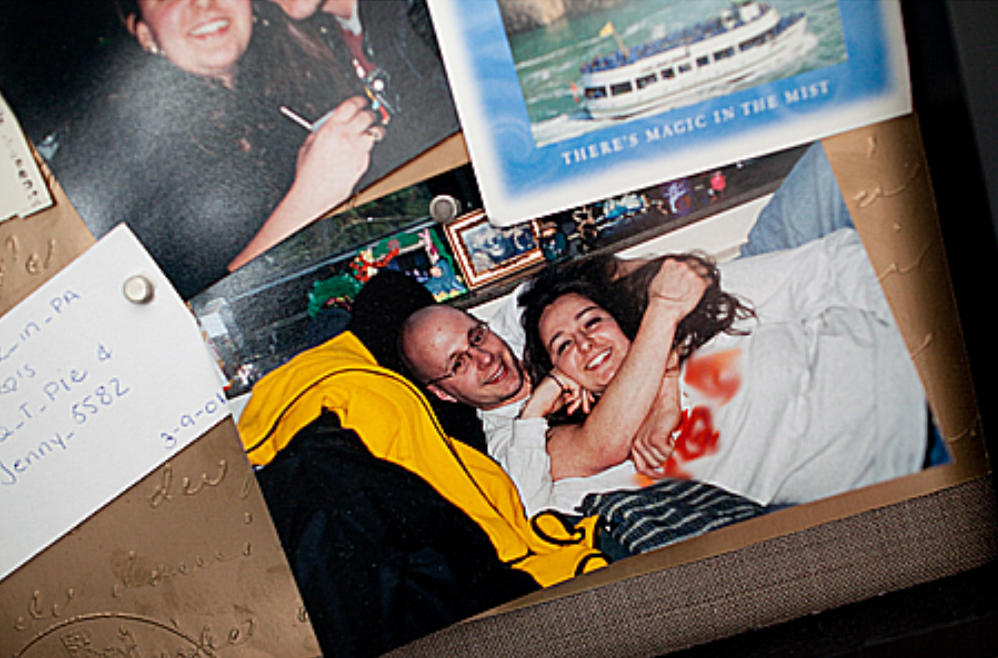 I am the first person in my family to have graduated from college. I mentioned above that my parents were teenagers and because neither of them had finished school before I came along, I not only was the first person in my family to graduate high school….but also to go on and graduate from college. Not only did I graduate from college but I paid to put myself thru school with zero help from anyone else. I graduated in 4 years and soon after began my business. 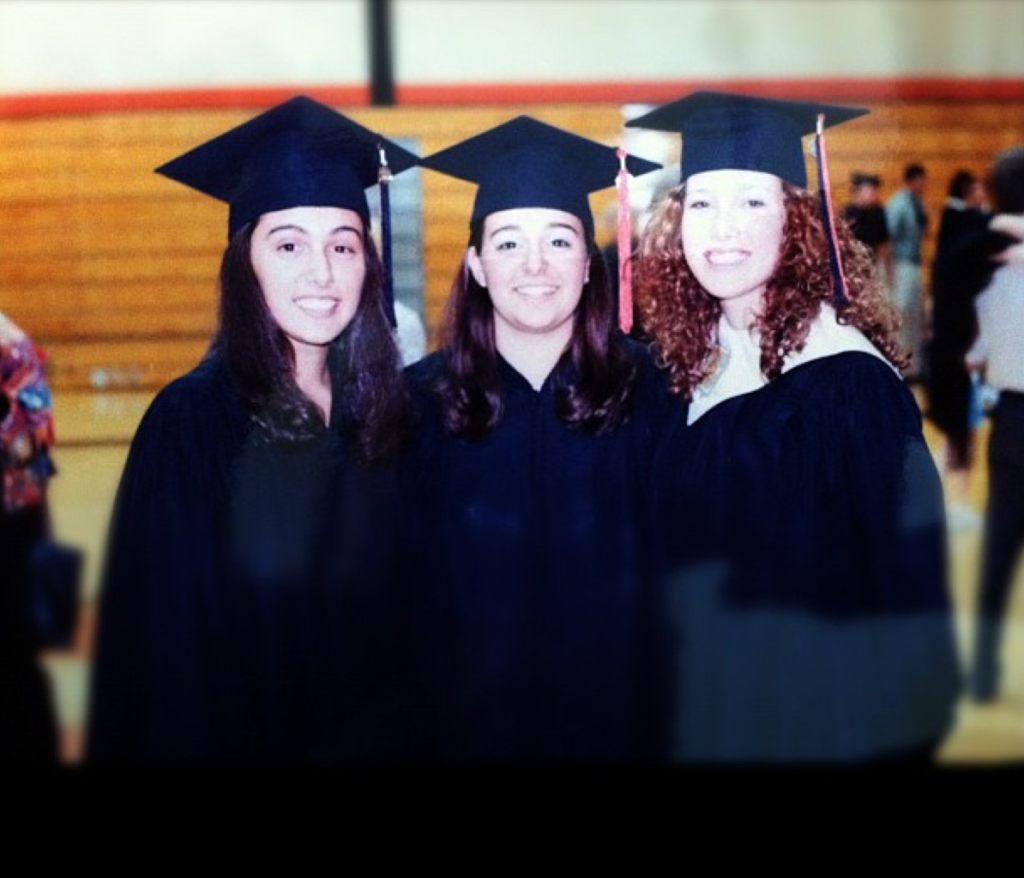 Speaking of starting a business, it all started because of my sister. You can read more about that story by clicking on the link but in a nutshell I had a 17 year old sister who was tragically killed in a car accident my junior year of college. It was because of her that I was able to purchase my first camera and has build the foundation on how I choose to run my business. 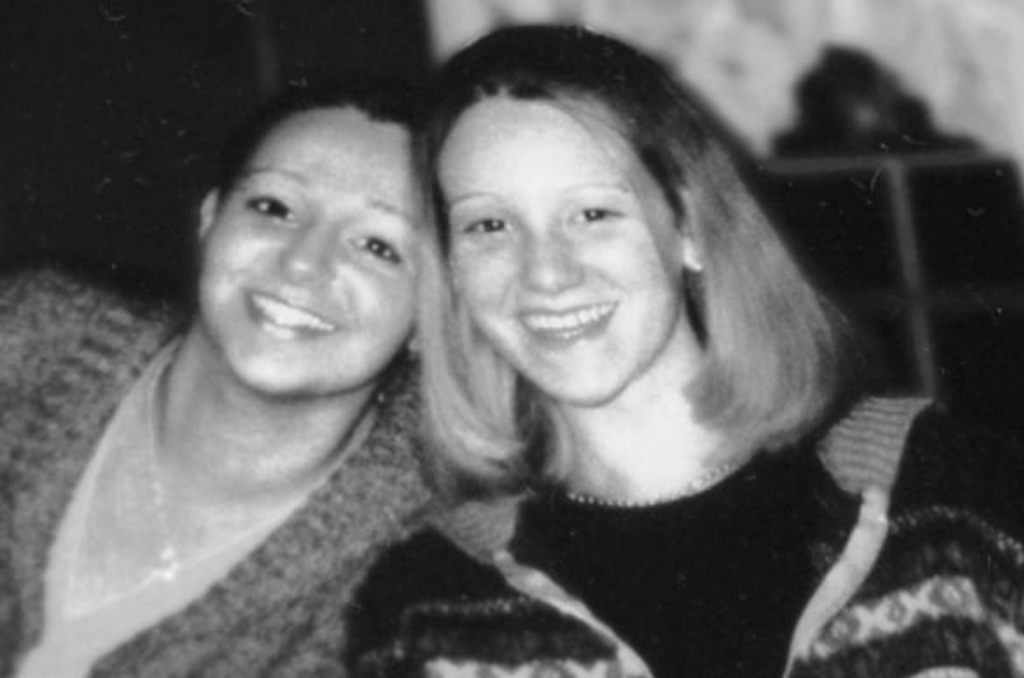 In 2011, I wrote an article that went viral. It was titled “I won’t photograph ugly people”. Before you go getting your panties in a wad, it’s not what it sounds like. I refunded and refused to photograph a handful of girls that were publicly ridiculing classmates via social media. I stumbled across it and when I saw their profile photos next to the horrific things they were saying, I decided that I didn’t want my business associated with that kind of behavior. I wrote a blog about it and it exploded all around the world. I learned many lessons about going viral and I share them on the linked post. It’s been close to 6 years later and I still to this day get emails thanking me for taking a stand. 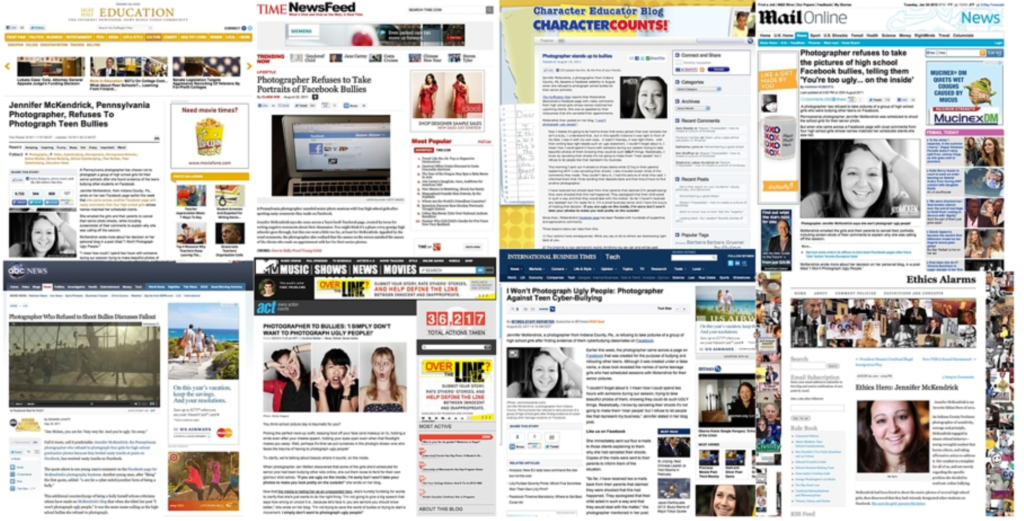 Some of these you may have already known, some of them perhaps you didn’t. I thought it was only fair that you open up your lives and important pivotal moments of your life, that I would be vulnerable and share a few of mine. <3